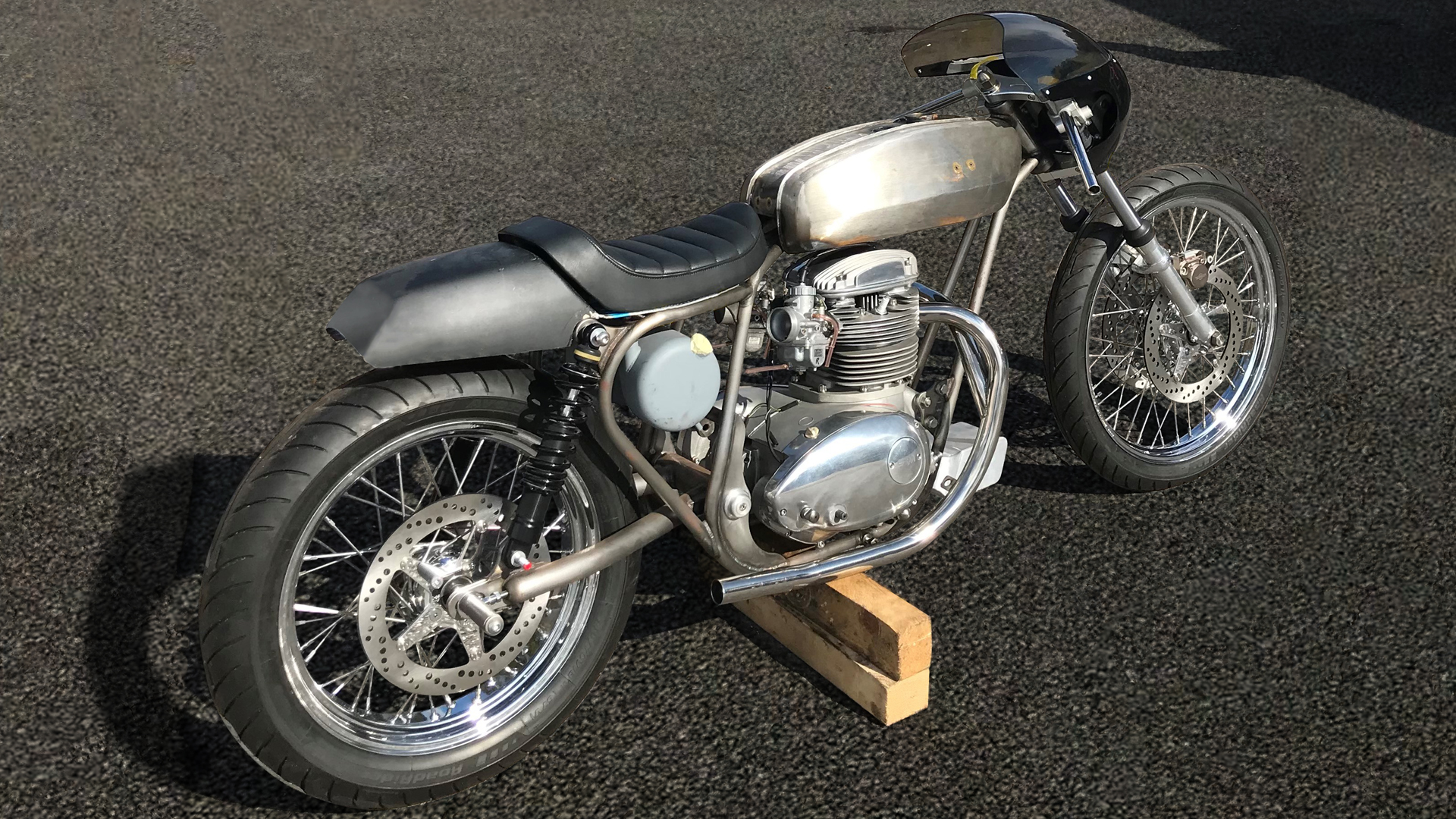 As previously recounted, in the 70’s & 80’s Californian petrol heads invented a new racing class, so the story goes, half way between circuit road racing and dragster style Standing Quarter Mile; that was the Standing Mile later termed “Monterey Class”. 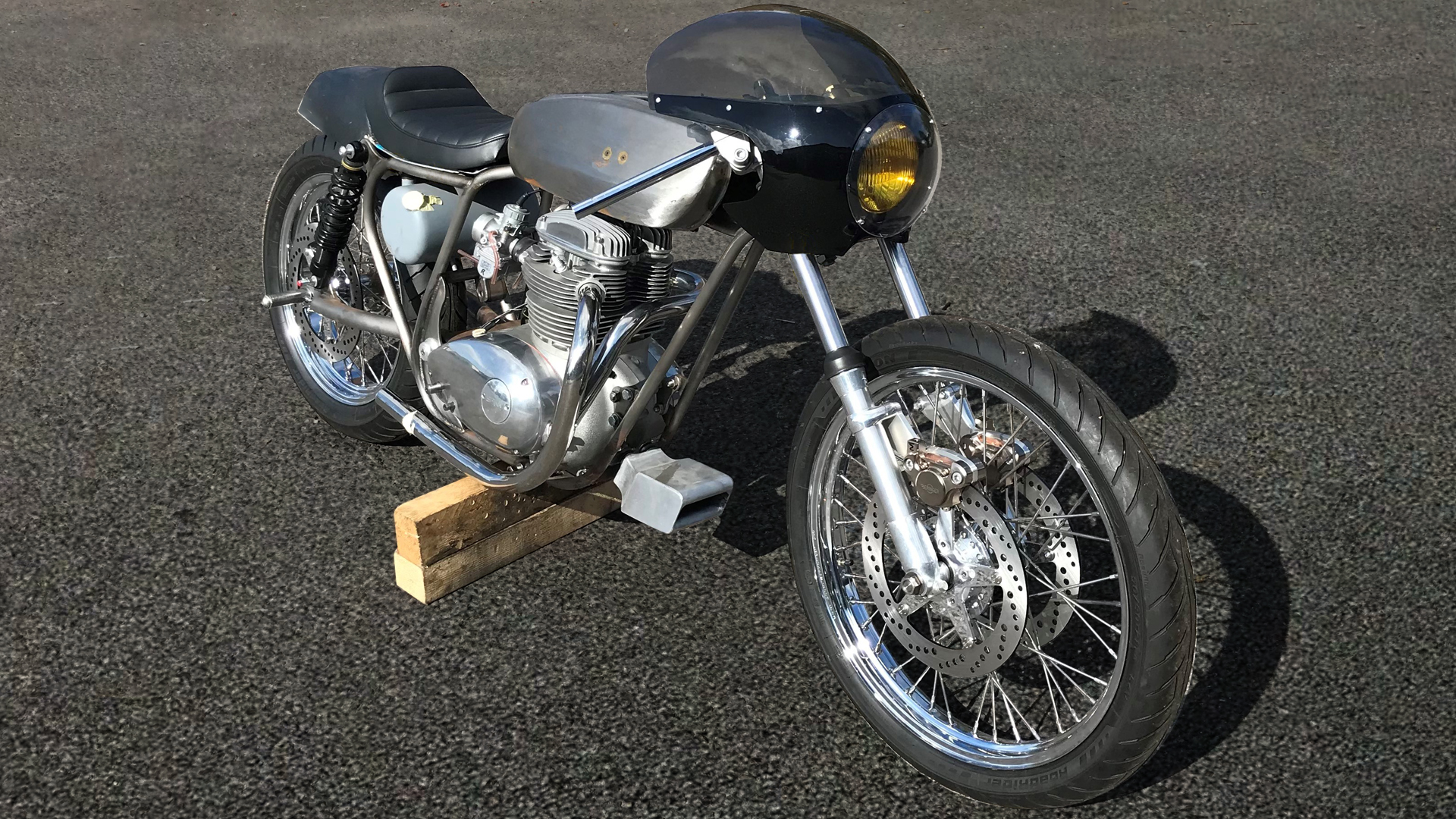 This required hybrid motorcycles half way between circuit racers and standing quarter types. So, with the recent announcement that historic British brand BSA has been bought by Indian giants Mahindra, new models bearing the BSA logo would appear in around two years’ time. With that in mind, having taken a look at some of the best bikes to wear the famous badge, the iconic memory scoot hereby presented was given a new lease of life handcrafted from scratch under Jeff Duval’s overseeing stewardship. 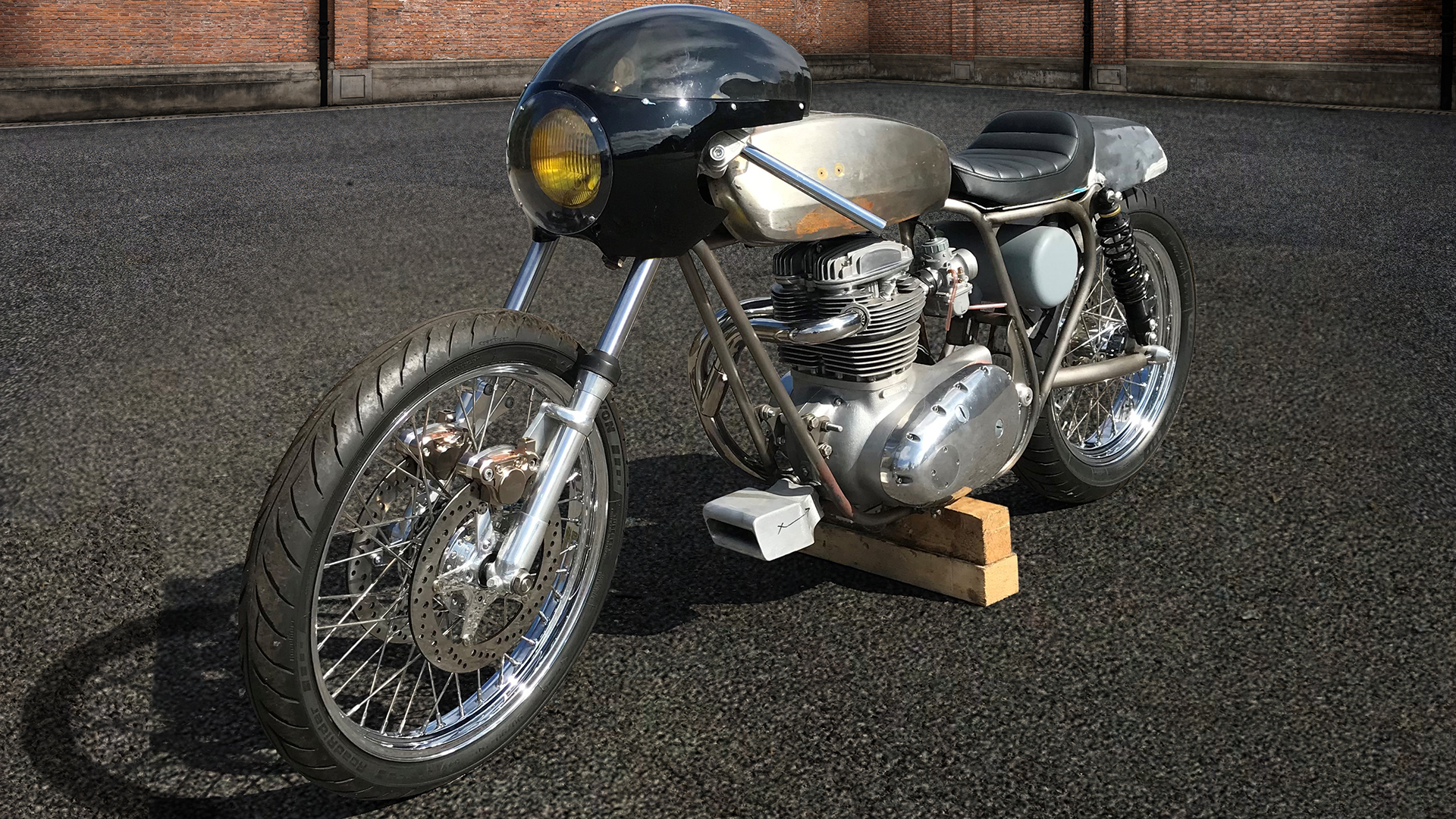 JETS’ BSA Spitfire 900 MkIV-R currently being restored to its former glory is a good example of that iconic but ephemeral “Monterey Class”.  More similar rebuilds in the pipeline…

Crowned by a pair of muscular Amal Mk2 Concentrics, optimising useability instead of all out uncontrollable power!

4 Speed OEM Tranny also rebuilt from scratch at the same time as the motor by said SRM Engineering.

Handcrafted from scratch by John Parry of Cobra Frames.

Despite being an in depth restoration of a racing machine, Jeff and builder Sean Reynold (who organised the complex e-trics & e-tronics wiring) decided to make the scoot road legal.

Thus he is to be credited with most bodywork finery.

An iconic competition machine recrafted to be road legal and comfortably useable by seasoned riders.

The job of shooting the rolling chassis was carried out by Jeffers too!

The seriously critical job of painting this unique restoration project will be entrusted to Tom, Steve and Mandy of Image Custom Design, Camberley, who have been able to commendably replicate the style and skill that the great Jeff McCann (RiP) introduced to custom bike painting in the 90’s.