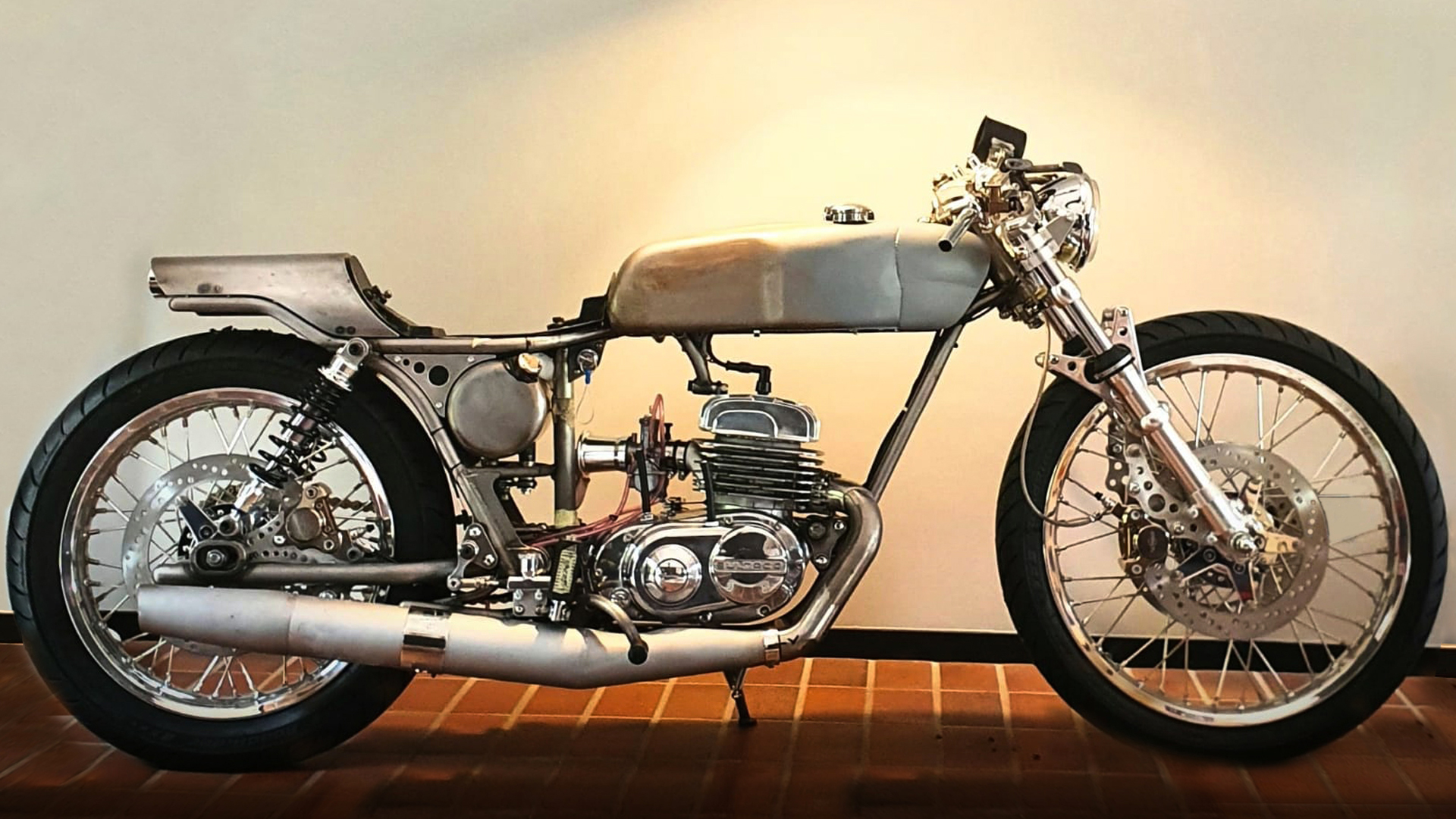 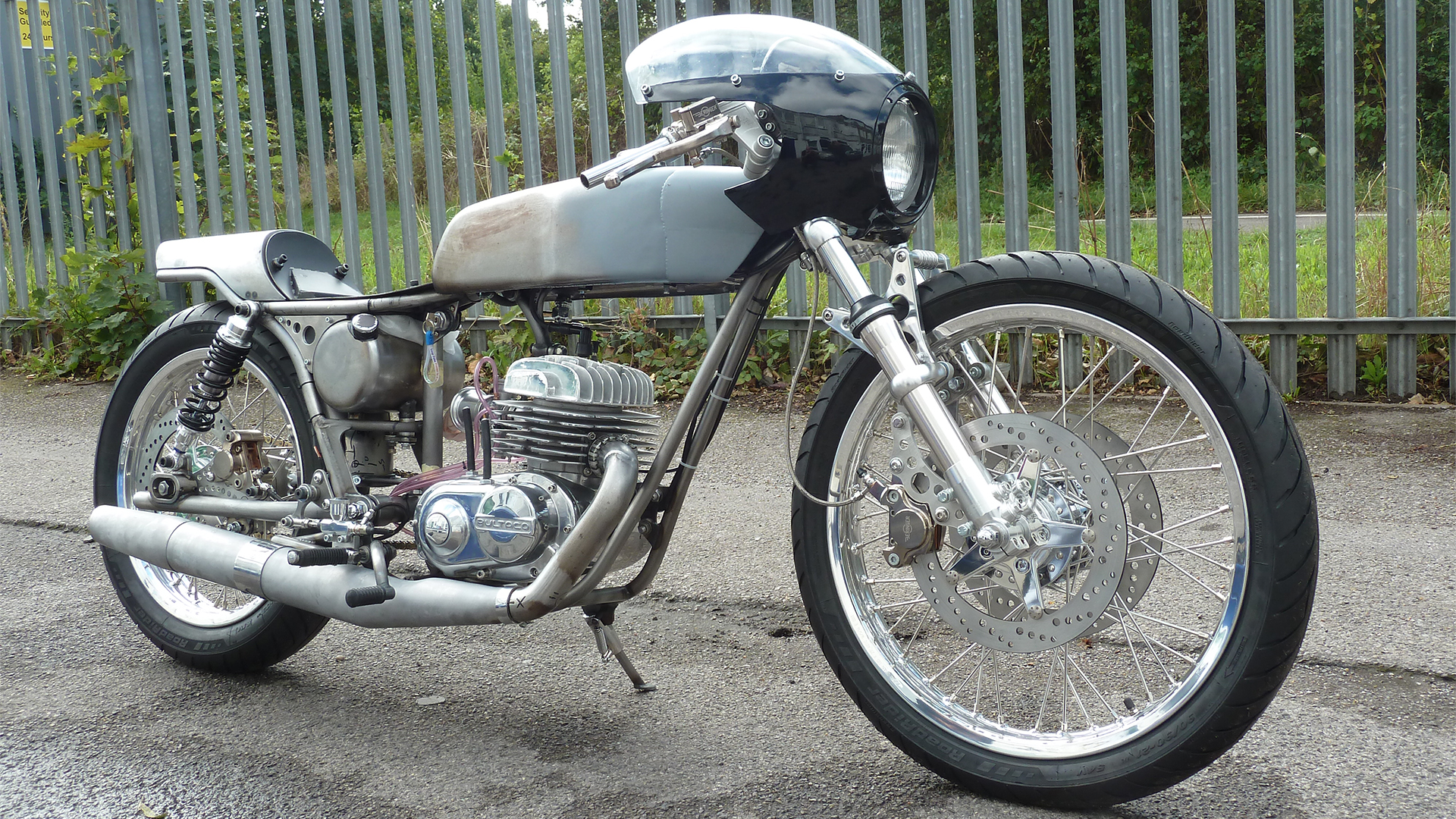 Under Jeff Duval’s overseeing stewardship, the scoot was handcrafted from scratch by John Parry of Cobra Frames with, for starters, 7/8th chromoly, 5” stretch, 37 degree rake frame for that Monterey Class allure. 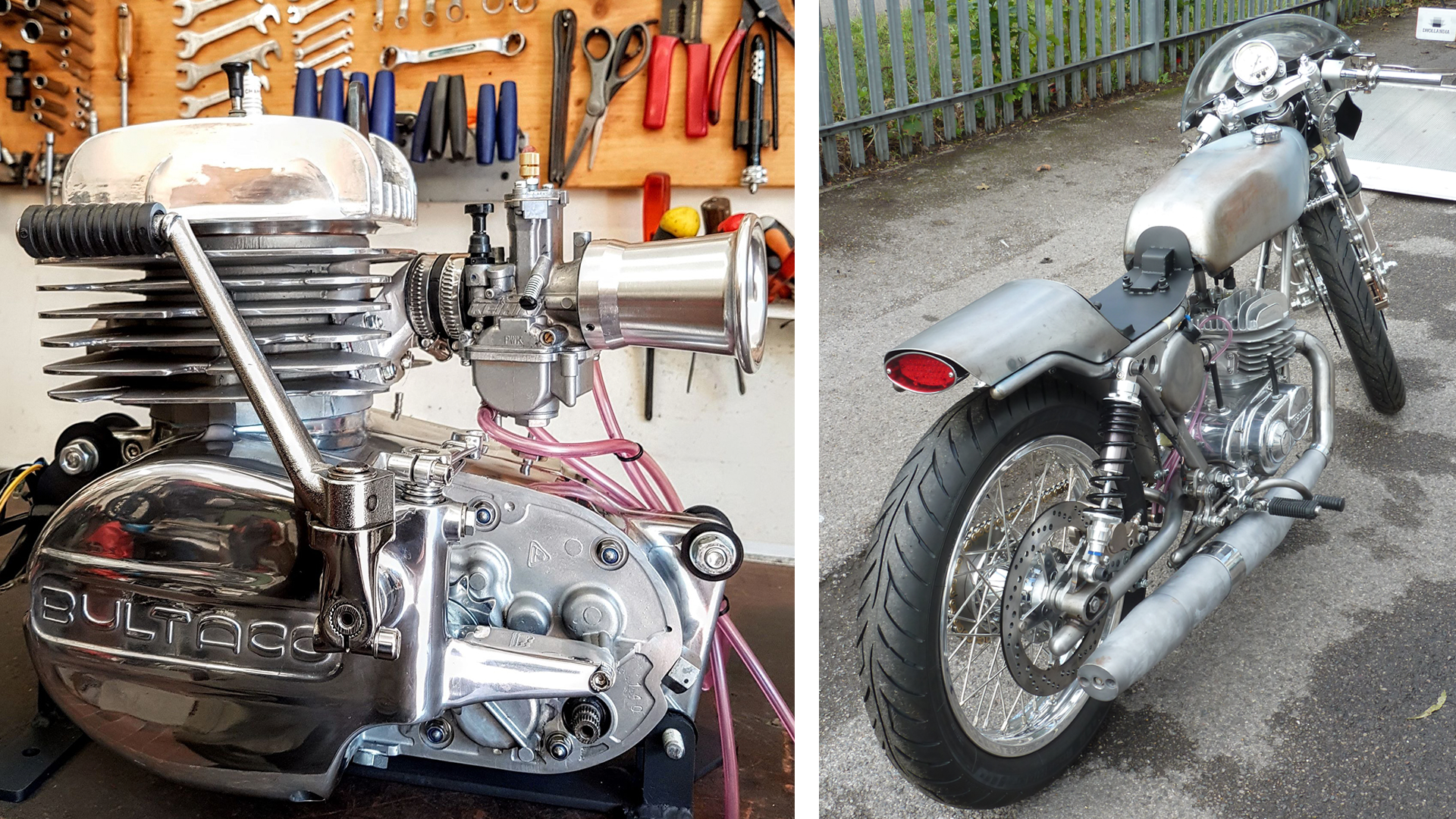 On the mech side of things, a full race 350 SSR motor entirely rebuilt from scratch by two stroke guru Jean-Francois Vicente, with higher tech new or custom machined parts. Emphasis is on optimisation and usability instead of all out incontrollable power! 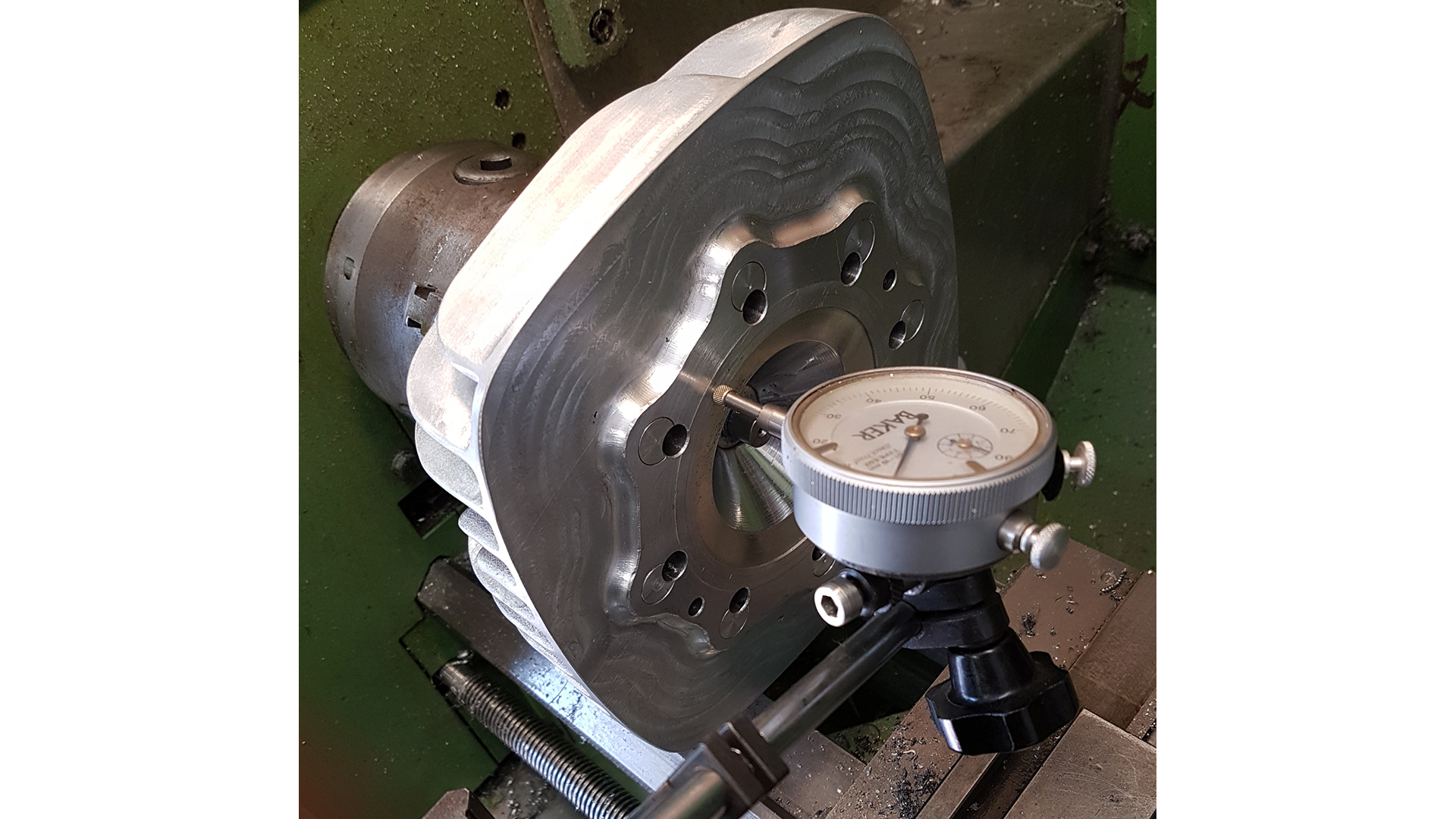 JETS’ Bultaco 350 SSR currently being restored to its former glory is a good example of that iconic but ephemeral “Monterey Class”.  More similar rebuilds in the pipeline…

Full race 350 SSR motor entirely rebuilt from scratch with higher tech new or custom machined parts. Emphasis is on optimization and useability instead of all out incontrollable power!

5 Speed Tranny also rebuilt from scratch at the same time as the motor by Classic Two Stroke Guru JF Vicente.

Despite being an in depth restoration of a racing machine, Jeff and builder John Parry (who organised the complex e-trics & e-tronics wiring) decided to make the scoot road legal.

In keeping with other new JETS classic racing projects, John Parry was contracted by Jeff to be both Builder & Project Manager.
Thus he is to be credited with most bodywork finery.

An iconic competition machine recrafted to be road legal and comfortably useable by seasoned riders!

We will be using again when finished a young photographer named Spencer Morgan who has recently demonstrated his ability to transfer into pictures the emotions that builders try to portrait in such complex and iconic restorations or builds.

The critical job of painting this unique restoration project will be entrusted Tom, Steve and Mandy of Image Custom Design, Camberley, who have been able to commendably replicate the style and skill that the great Jeff McCann (RiP) introduced to custom bike painting in the 90’s.