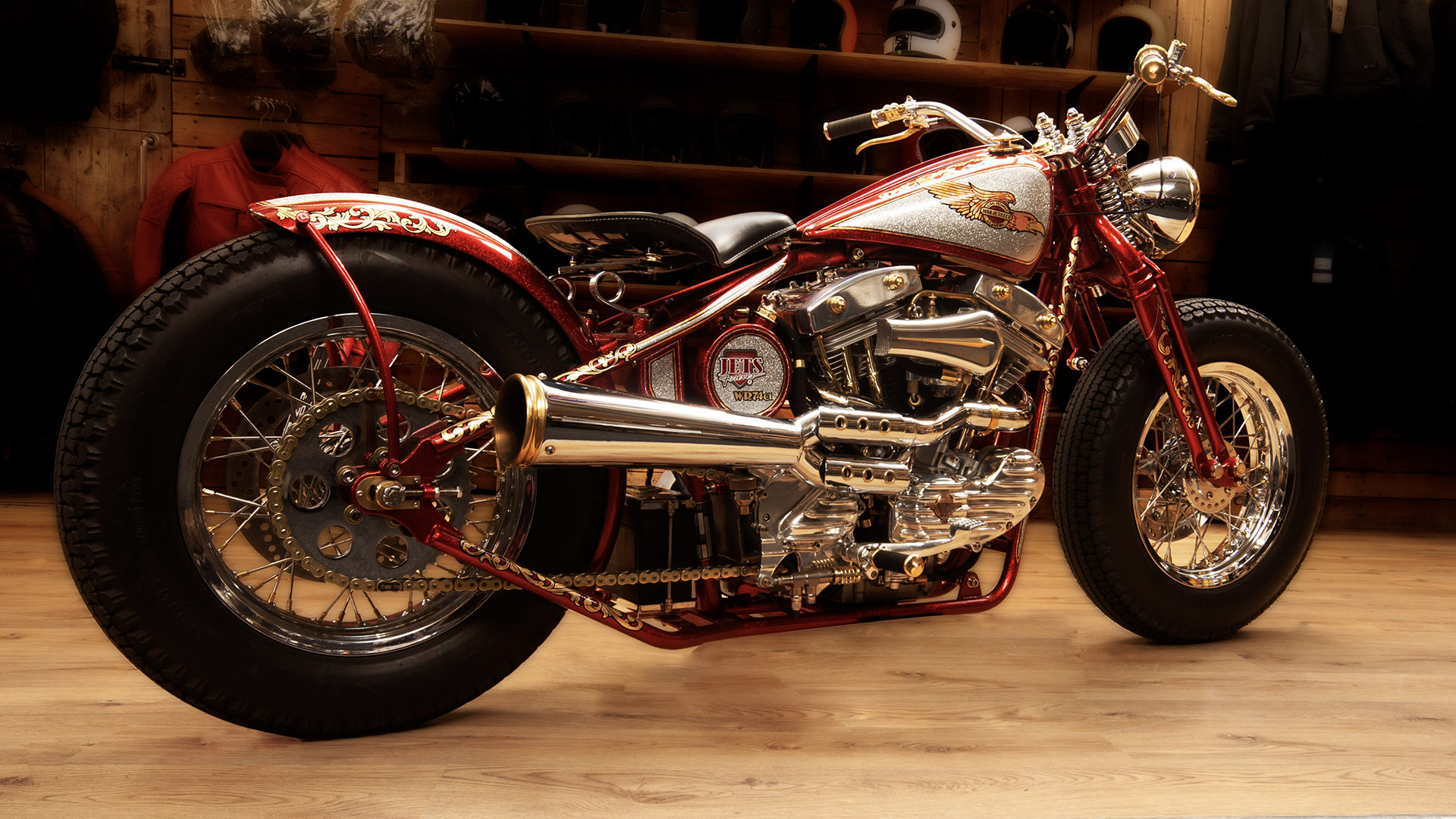 Jetster’s tale takes place following the fall of Dien Bien Phu in 1954 when the 1st US Special Forces Group begins to infiltrate Indochina. 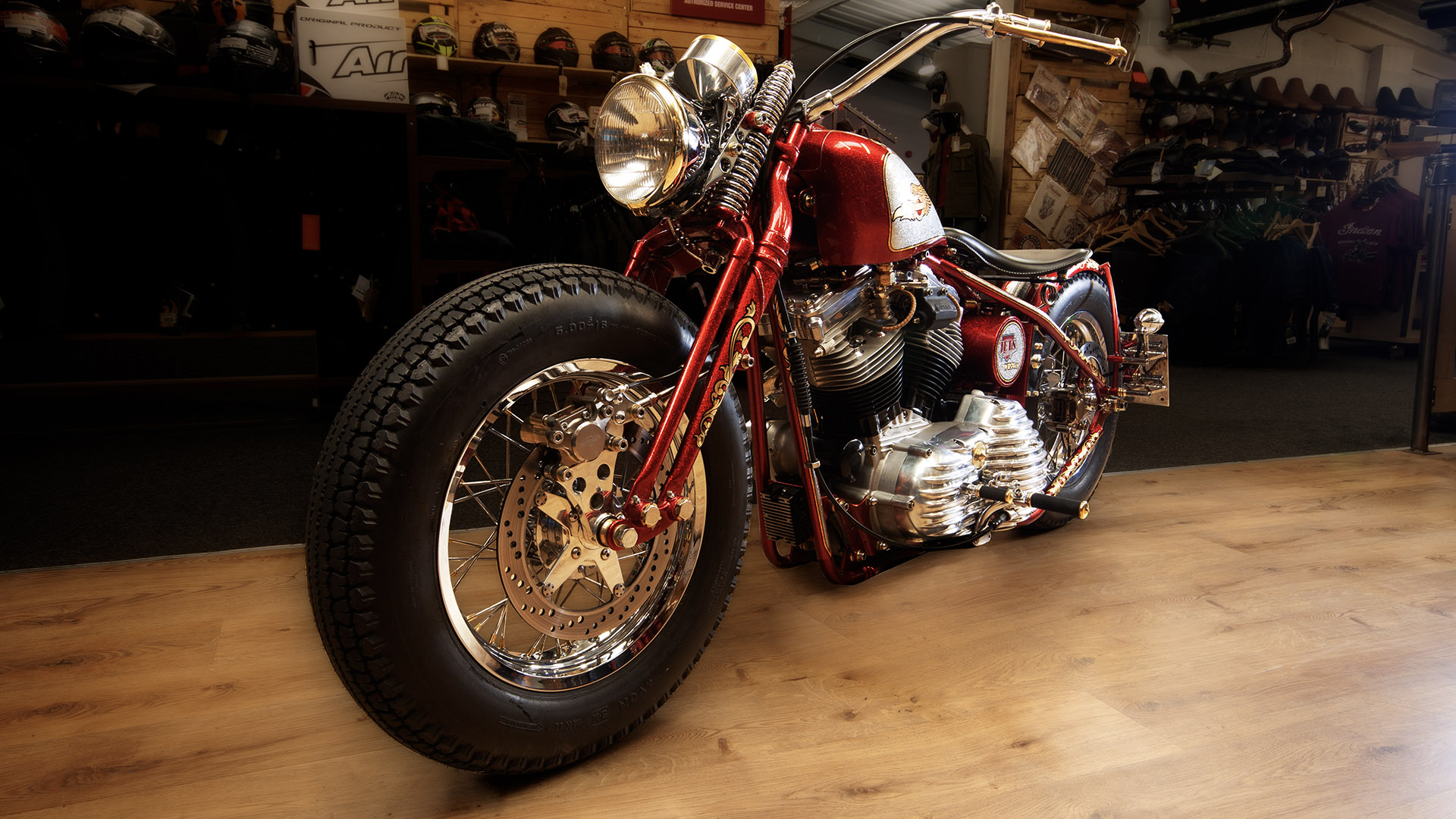 Our story then begins in 1958 when USS Midway returns to the Bay Area Alameda Naval Base. Back in civvy street, some guys decide to imitate their 40’s predecessors and start to radically customise Harley’s WR’s that were then cheap and aplenty… 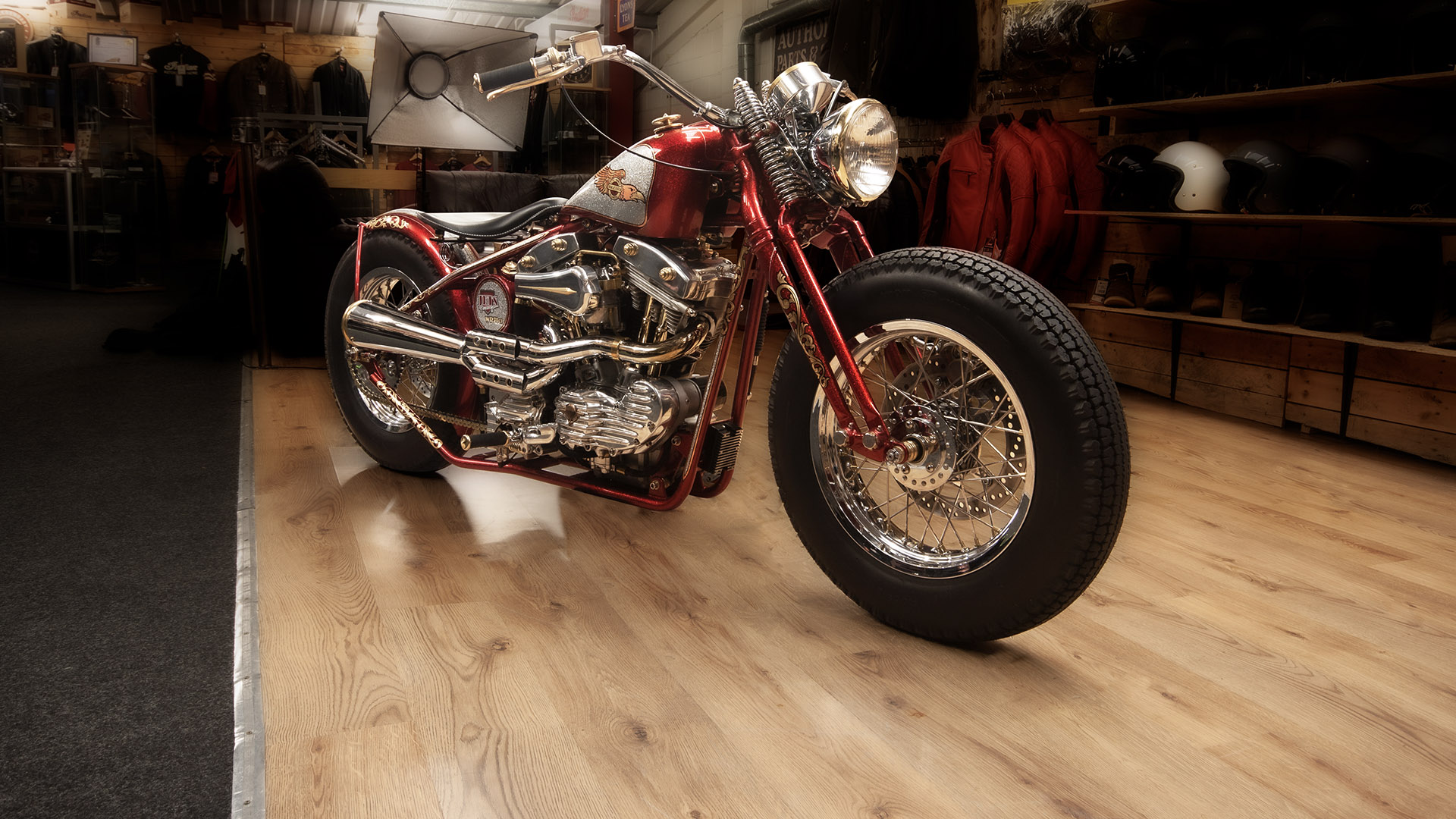 Forward 60 years… One of these iconic racers is spookily offered to us on a pro bono basis so long as we undertake to restore it to its former glory. As usual, it will then transpire; easier said than done…

As the original WR frame was consumed by rust, we sourced a good replica from Fenland Choppers, thereon extensively worked on by John Parry of Cobra Frames to enable a myriad of vintage body parts to fit snuggly. We then gave the scoot a modern twist by fitting a string of very hi tech parts from Kustom Tech, Beringer Brakes et al, and fitted an EMD 74ci motor for rideability. 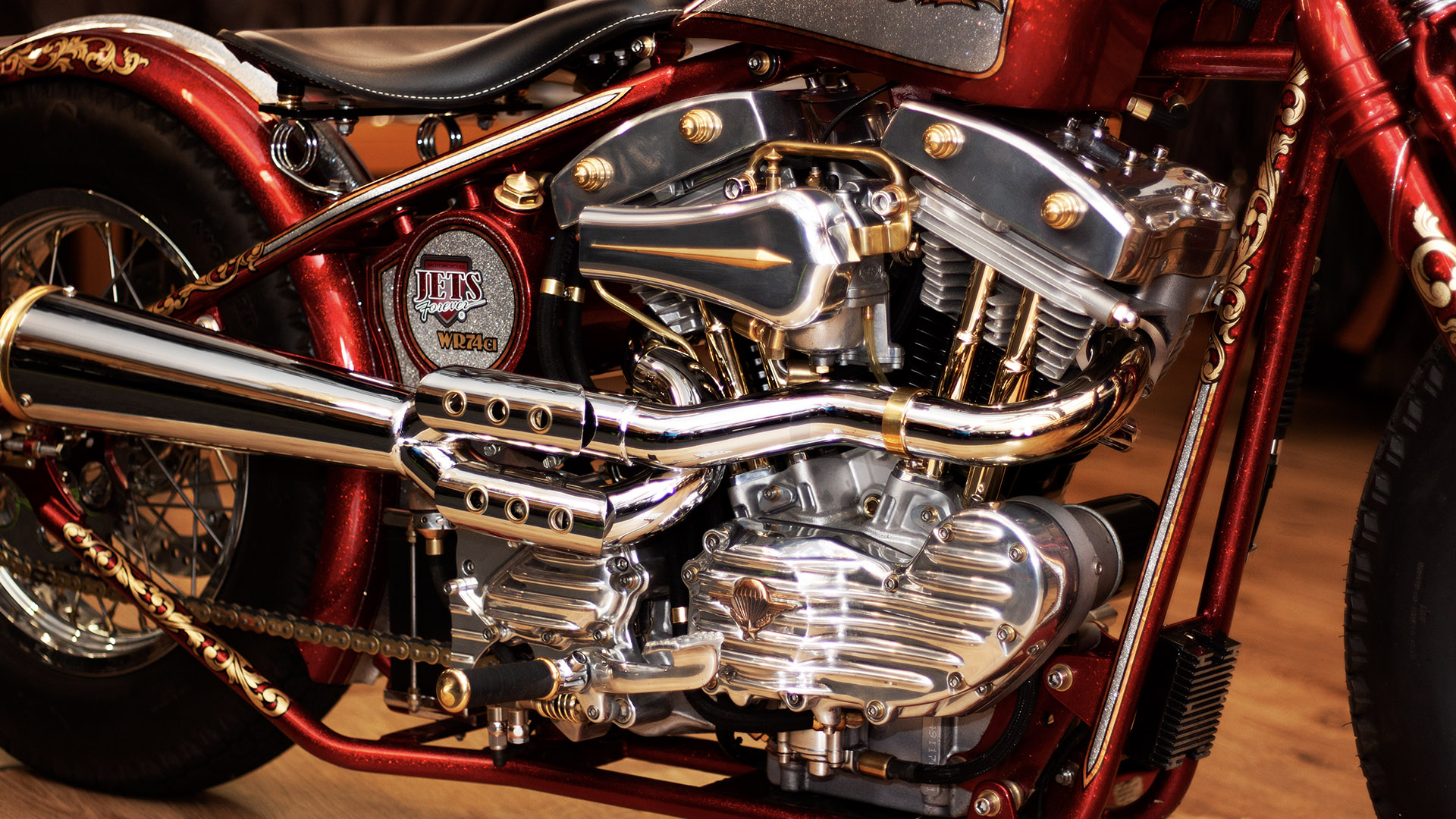 The project was curated by HD historian extraordinaire, Ian Borrowman who, aided by engineering guru, Keith Baldwin, fabricated, assembled and took the project to fruition.

Outstanding credit is also due to Tom, Steve and Mandy of Image Custom Design who were able to commendably replicate the style and skill that the great Jeff McCann (RiP) introduced to custom bike painting in the 80’s in close association with the then fledgling Master of our Universe, HRH Arlen Ness, Duke of Oakland & San Leandro.

As original WR frame was consumed by rust, a replica was sourced from Fenland Choppers and thereon extensively reworked by John Parry of Cobra Frames.

Outstanding credit is also due to Tom, Steve and Mandy of Image Custom Design, Camberley, who were able to commendably replicate the style and skill that the great Jeff McCann (RiP) introduced to custom bike painting in the 90’s.