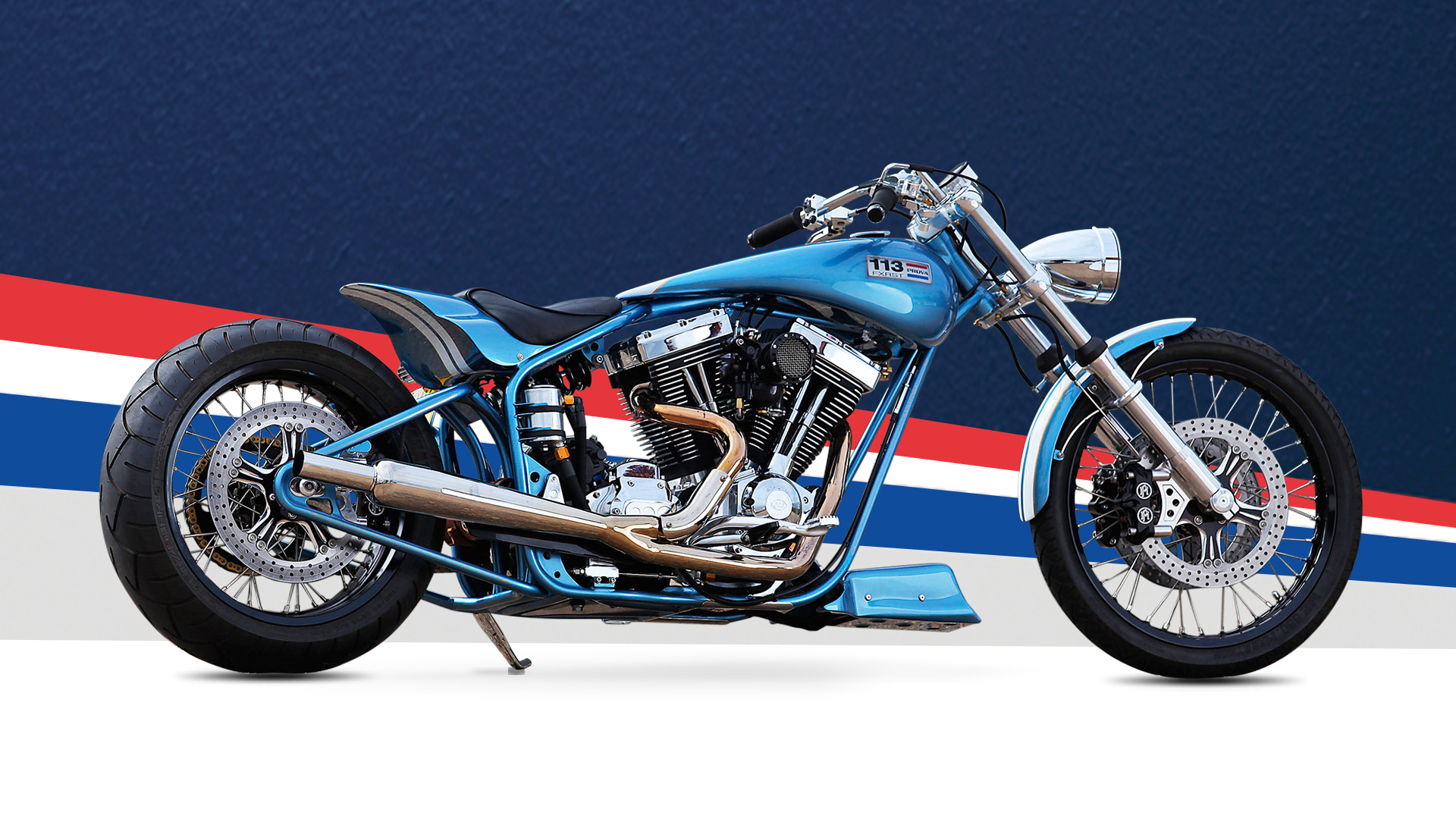 The idea of designing an FXRST (FX Rubbermount Softail in US parlance…) custom fabricated by Cobra Frames as per our 30 year association with them, stemmed from Arlen Ness' own attempt to do this type of spinal suspension in the celebrated 90’s.

Here's FXRST PROVA 113ci Saratoga's Gallery
You can scroll through this bike's gallery and click on any image to expand. 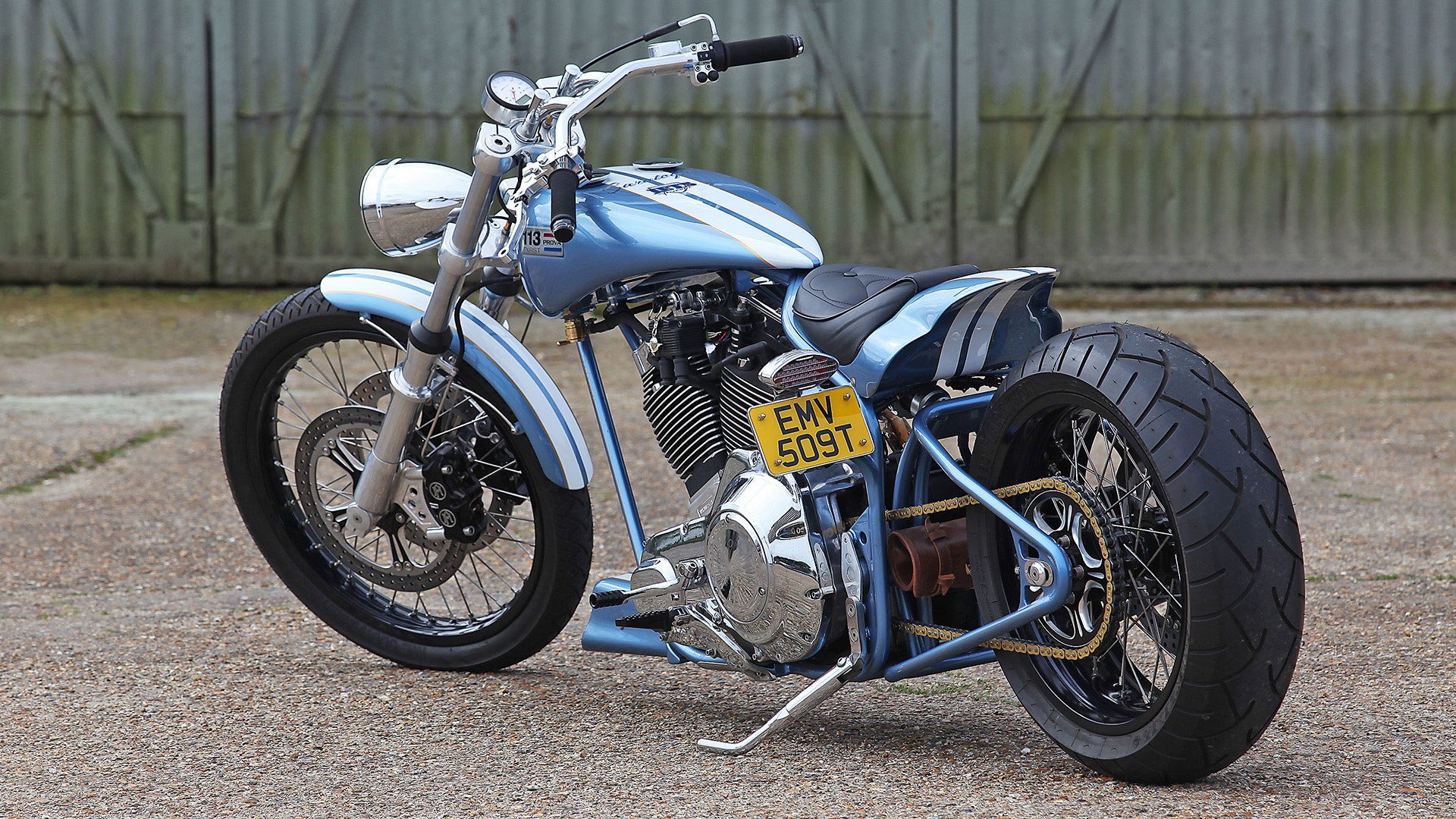 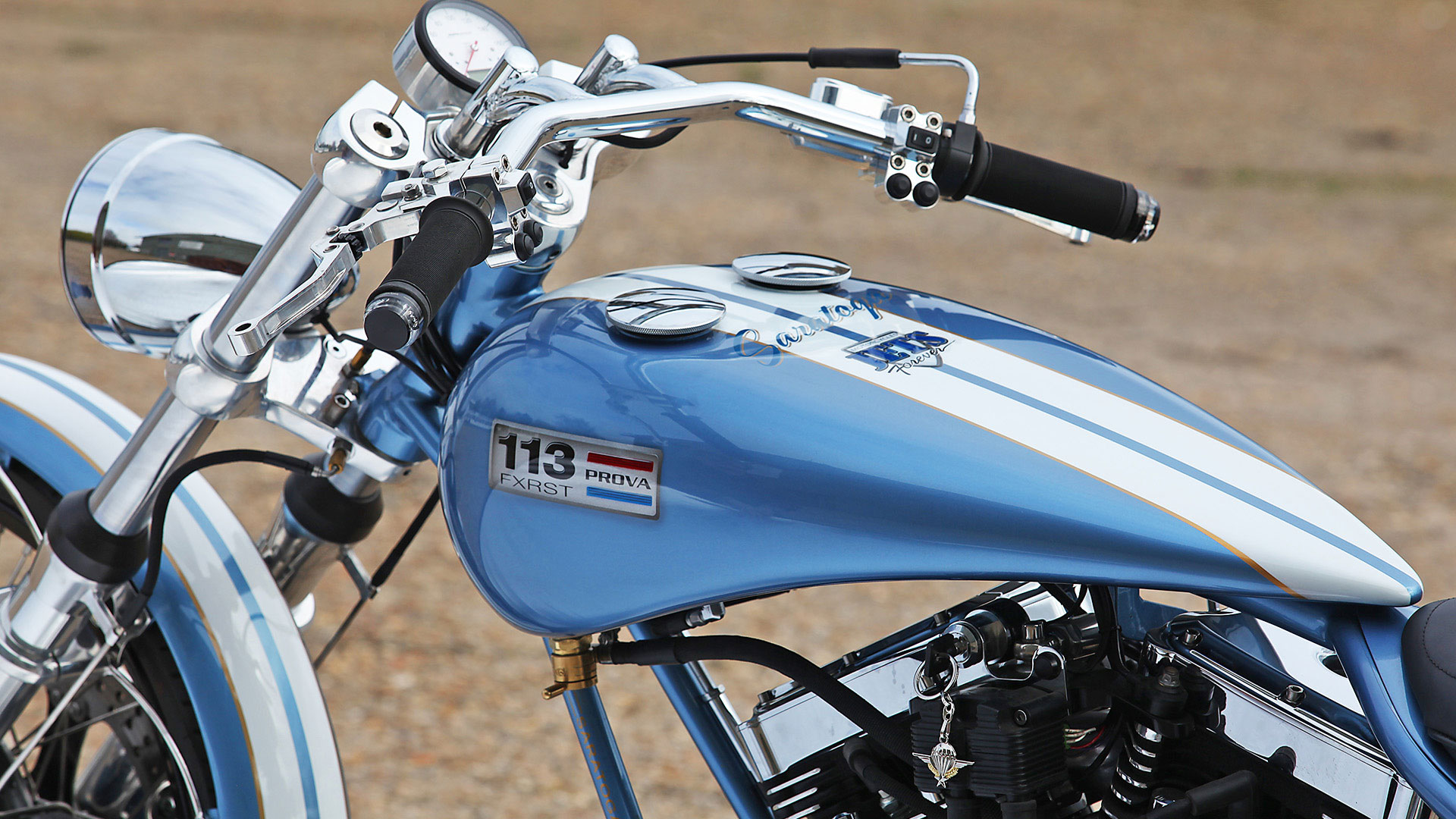 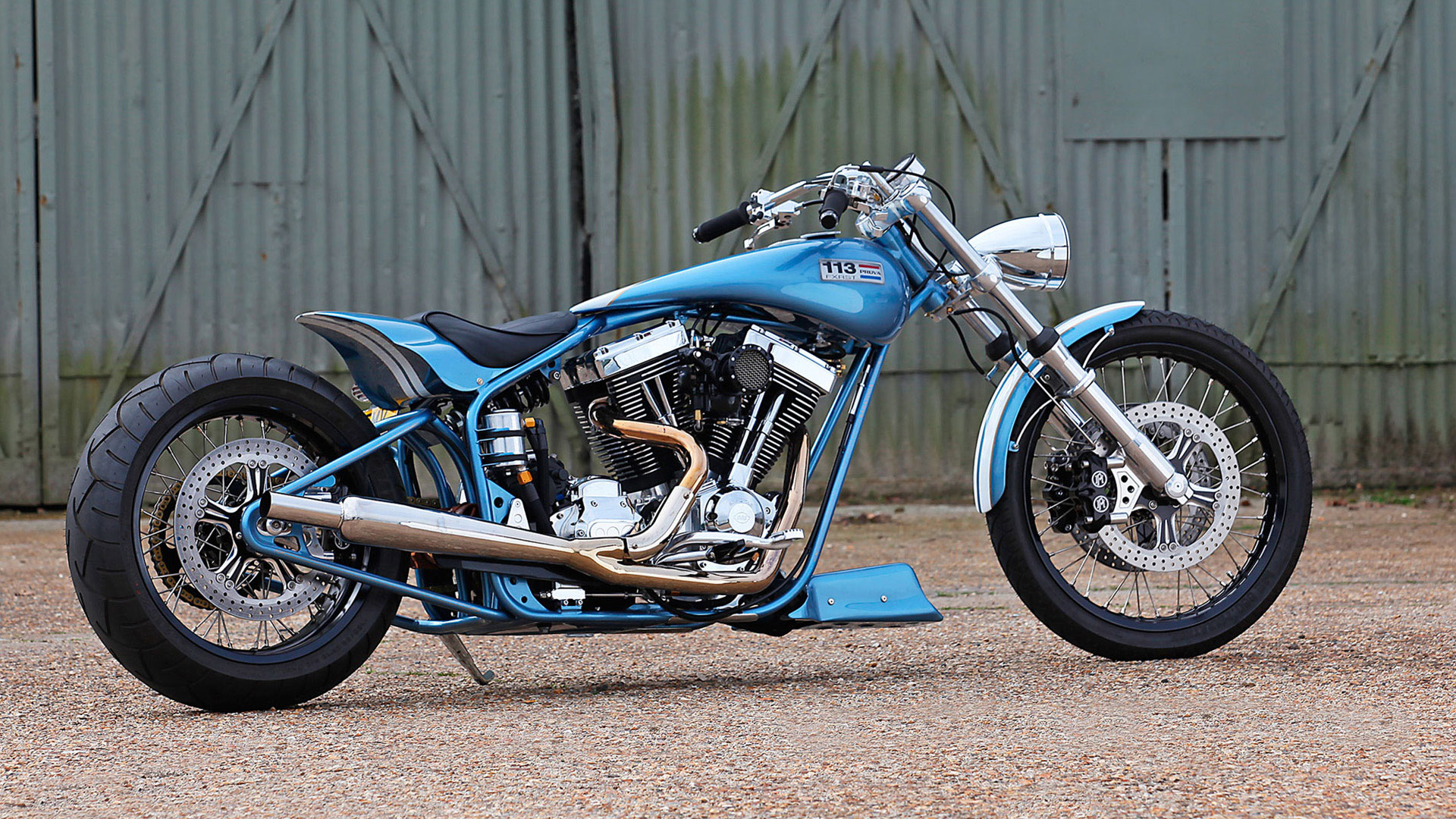 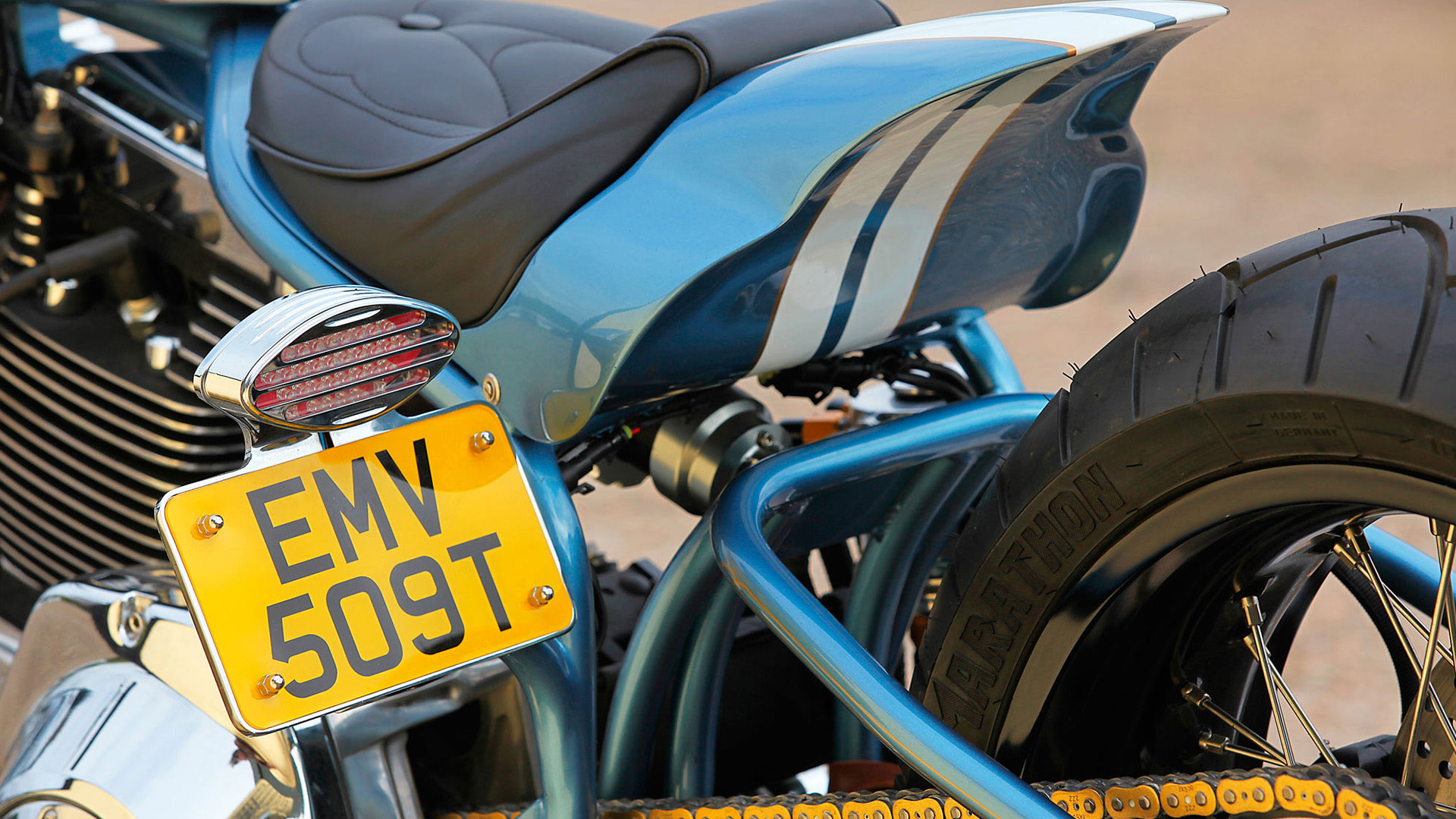 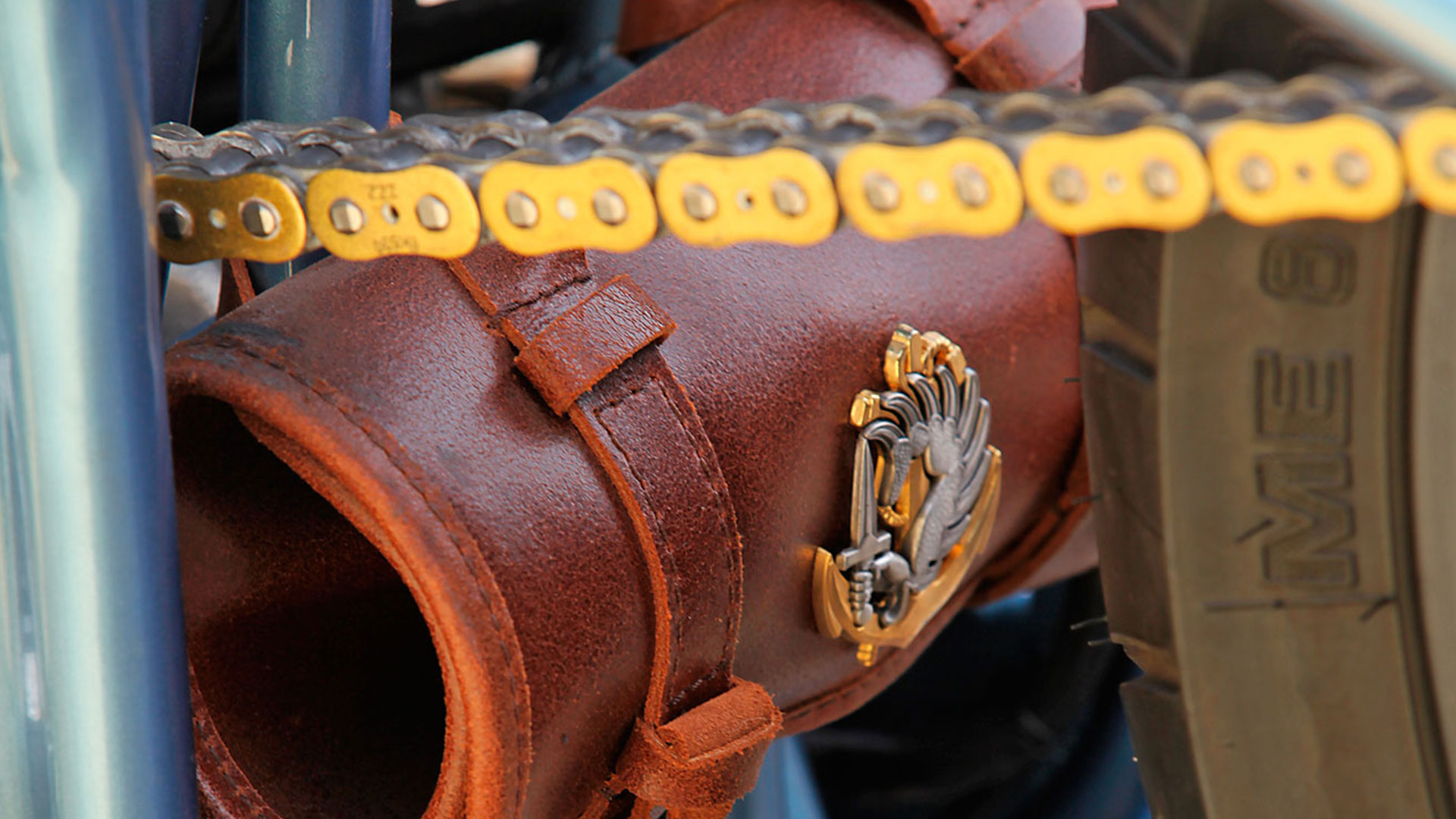 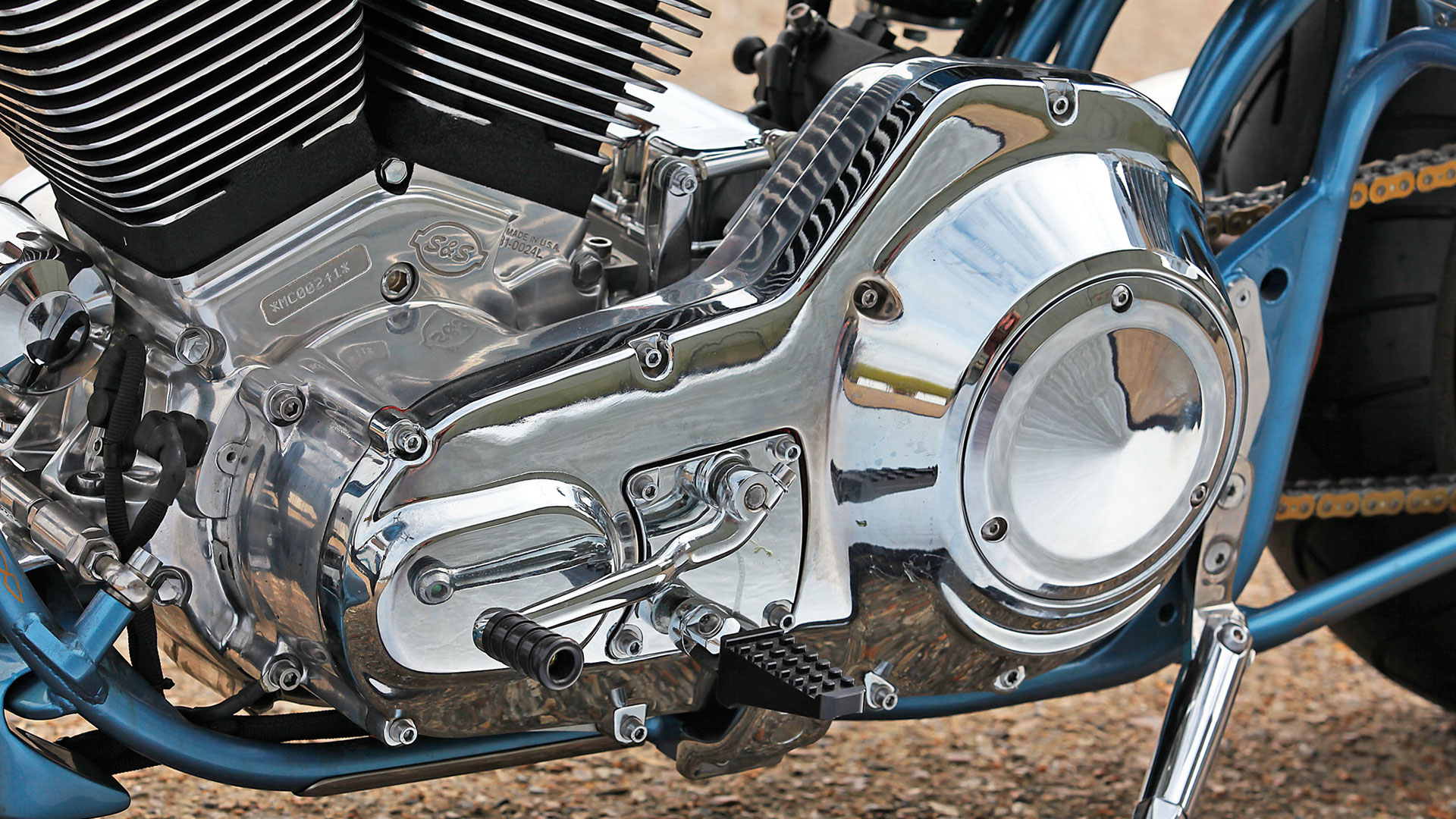 Ness’ concept was working but we thought we could learn from them and go a step better, which we did and PROVA (the term used by Ferrari racing prototypes in Modena to do road tests on public roads!) Saratoga was born.

The basic improvement over the original is a competition spinal shock absorber mated to a triangular swingarm with spherical bearings to allow the engine to move and absorb most vibrations through the front and top rubber mounted motor mounts. Incidentally, Harley Davidson has since adopted this system but to suggest that they copied Ness and/or JETS would be a grossly pretentious step too far.

The other defining feature is the subtle work of Paintmeister Bertie Dubet, one of JETS founder members.

He and I agreed that we would pursue the Less is More principle by shadowing closely the dramatic and iconic Carol Shelby 427 Cobra also featured here. 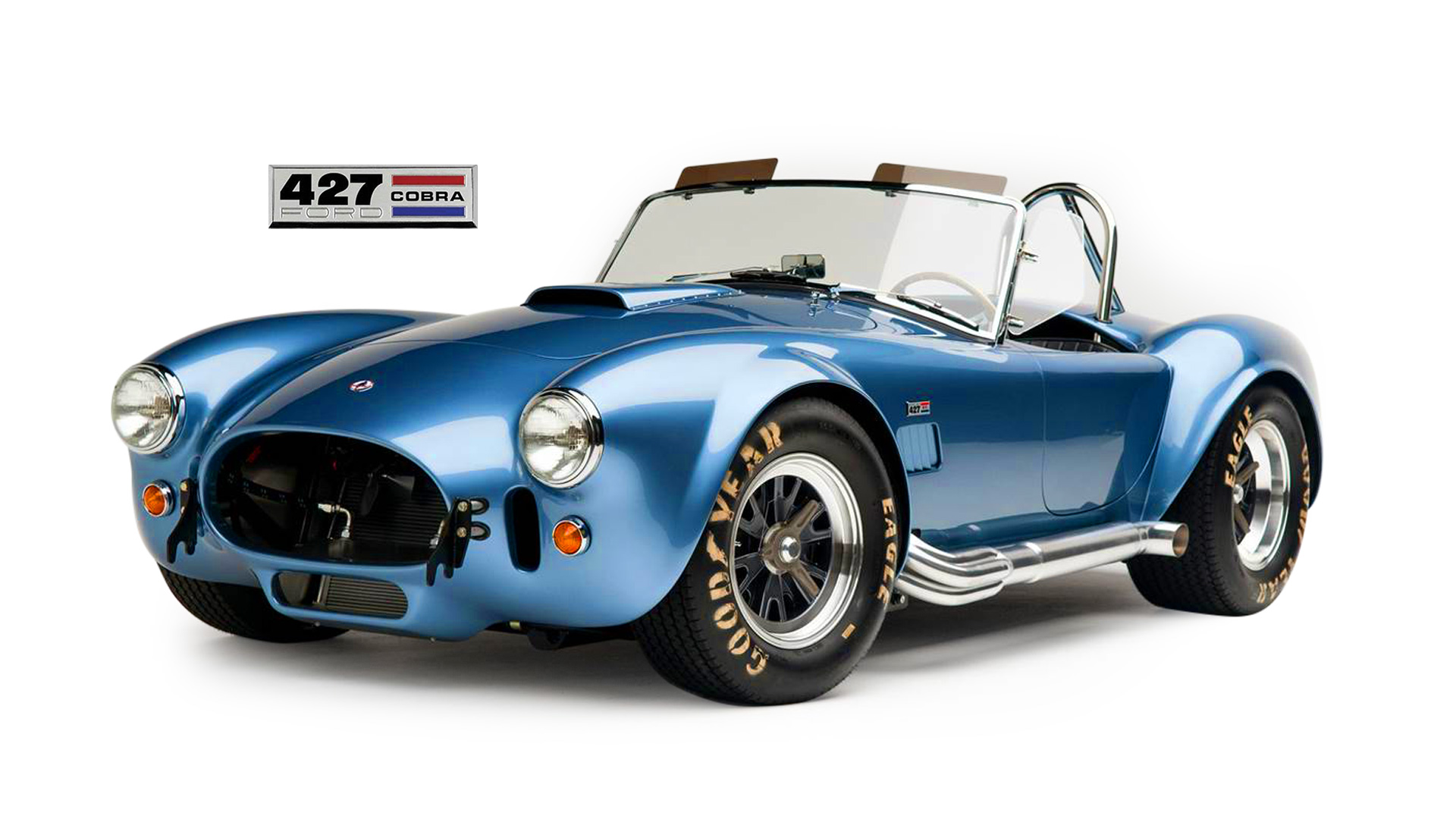 The overall construction and assembly was entrusted to engineer extraordinaire Jason Handcock who has since deemed fit to move to higher planes and become an aircraft engine specialist. 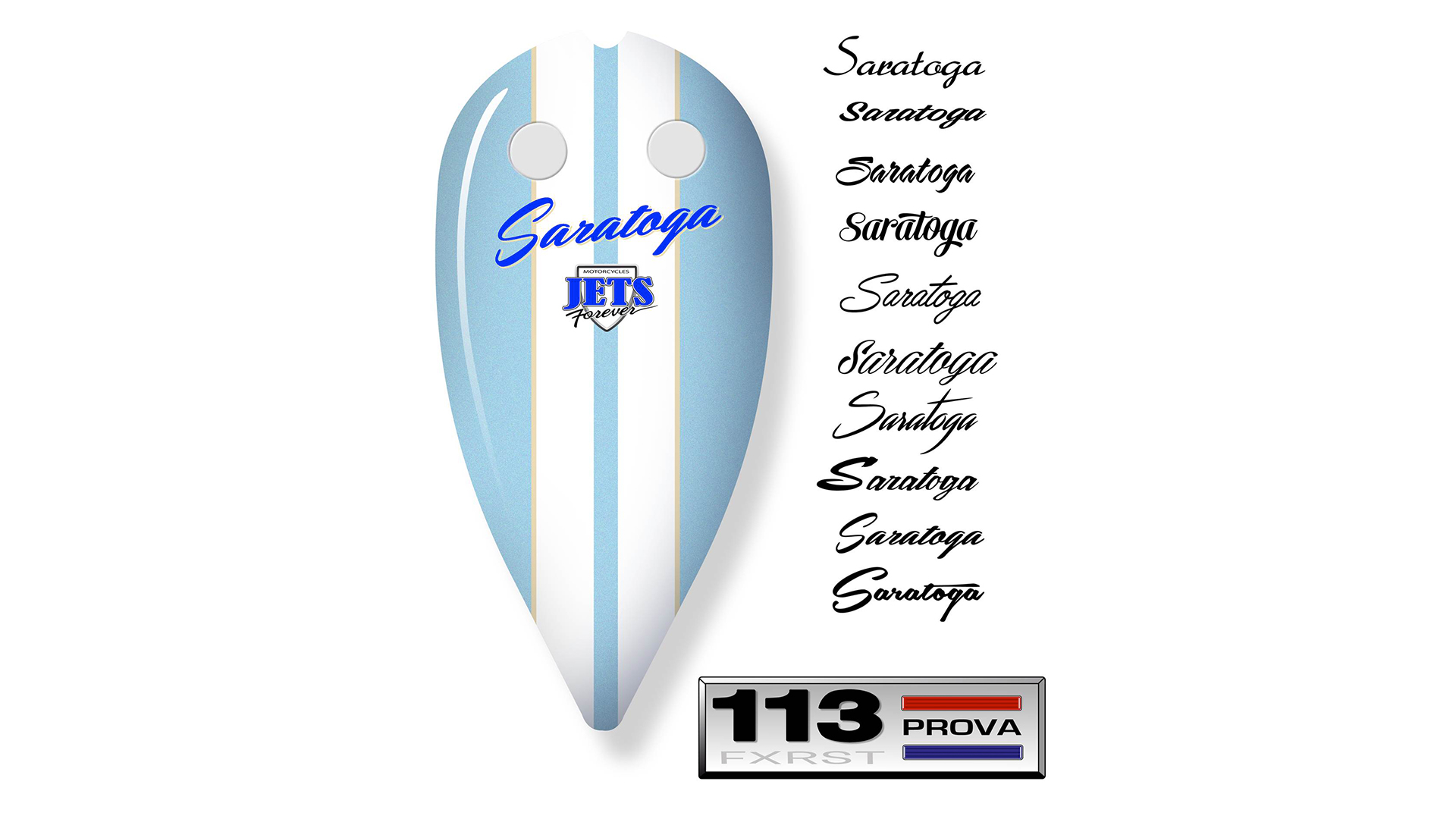 One off 7/8” chromoly tubing FXRST frame by John Parry of Cobra Frames; Many mods by Jason Hancock

Glorious paint by Maestro Bertie Dewbett, aka Picasso of Odyssey’s fame; chrome by Russell of Silvabronz; polishing by Steve of Phoenix Metal Finishers