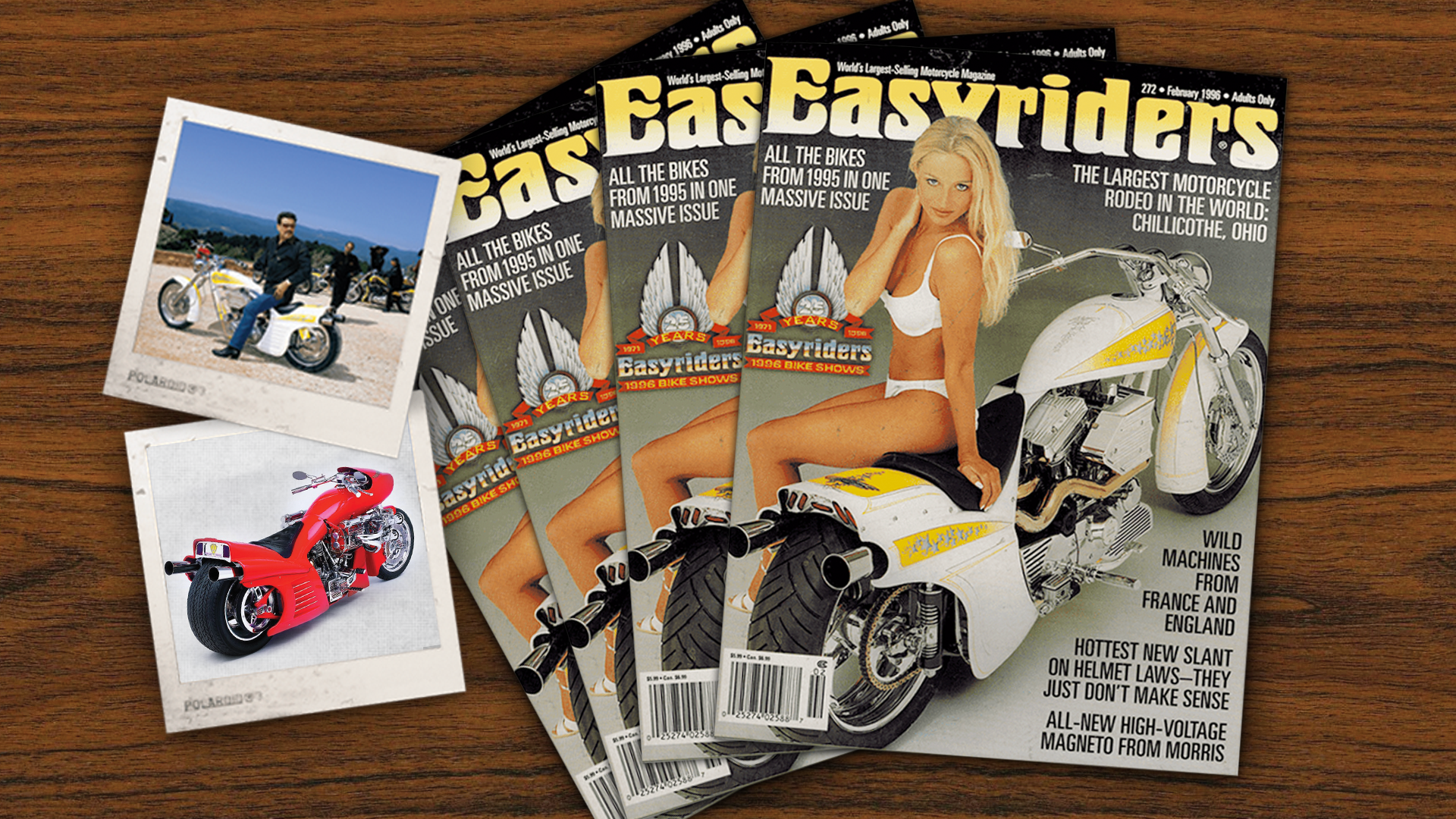 This is the show stopping Showstar in the French Alps in c. 1996, with Jeff Duval, Founder of Jets, on its last ride before it was sold to an enthusiast in LA who proudly displayed it in his own private museum.

And this is the scoot’s impressive backstory: The project was led by Duval, who’d received Arlen Ness’ blessing to take design inspiration from his iconic ‘Big Red’ which Ness built in 1991. 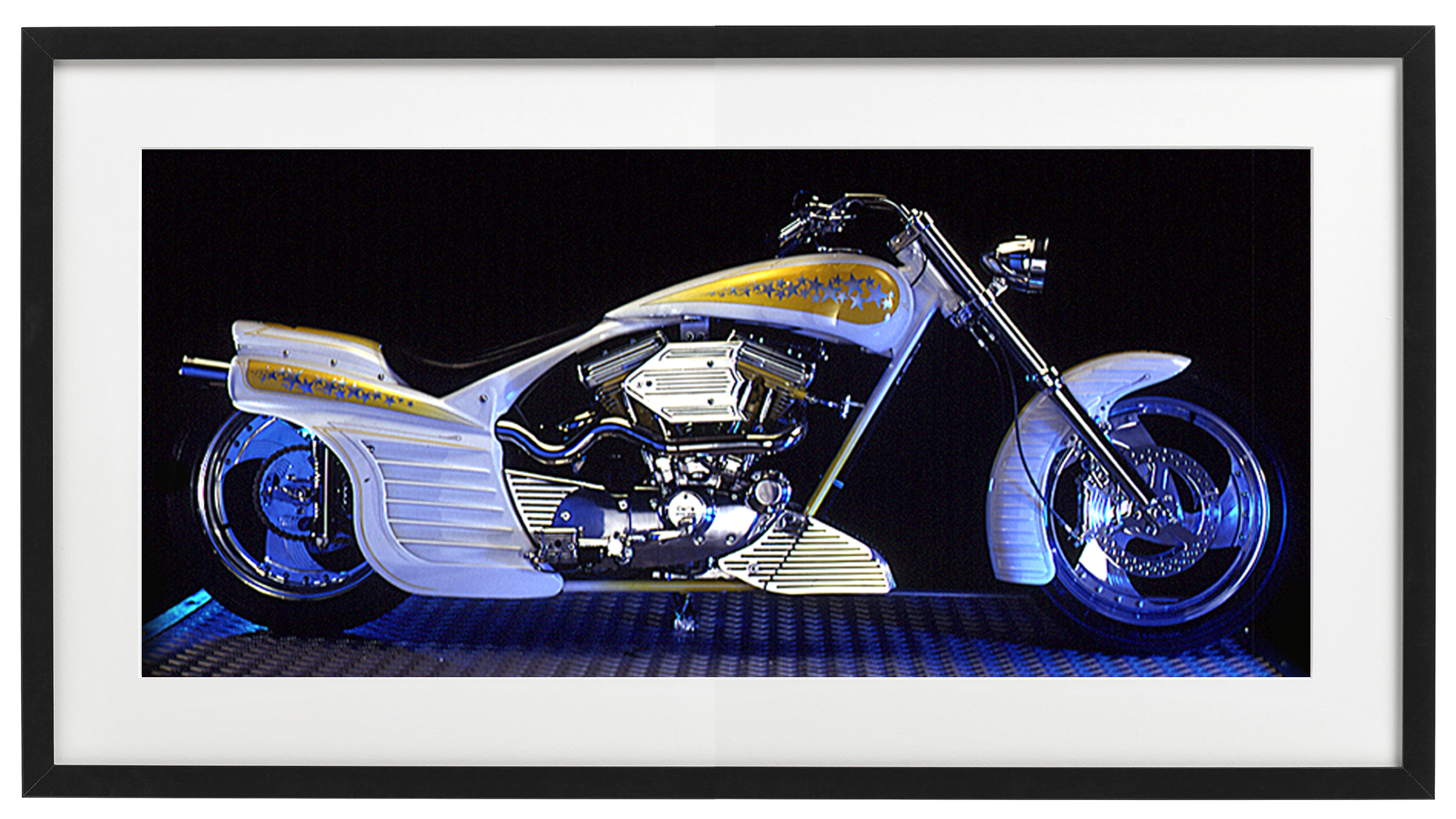 Duval took the design a step further and worked with the aristocracy of the custom bike world to really make this something special; with a Carl Morrow engine 1600cc 115 BHP XL motor, a Cobra frame, Dave Batchelar’s bodywork, and famous painter, Jeff McCann’s ultimate touch.

The Showstar was then carefully tamed, detailed and assembled by @battistiniscustomcycles tech chiefs Dean & Rikki Battistini. The ultimate finishing touch came from the hands of esteemed McCann, who revolutionised custom painting for generations to come and who has graced so many of the Jets and Battistini motorcycles. 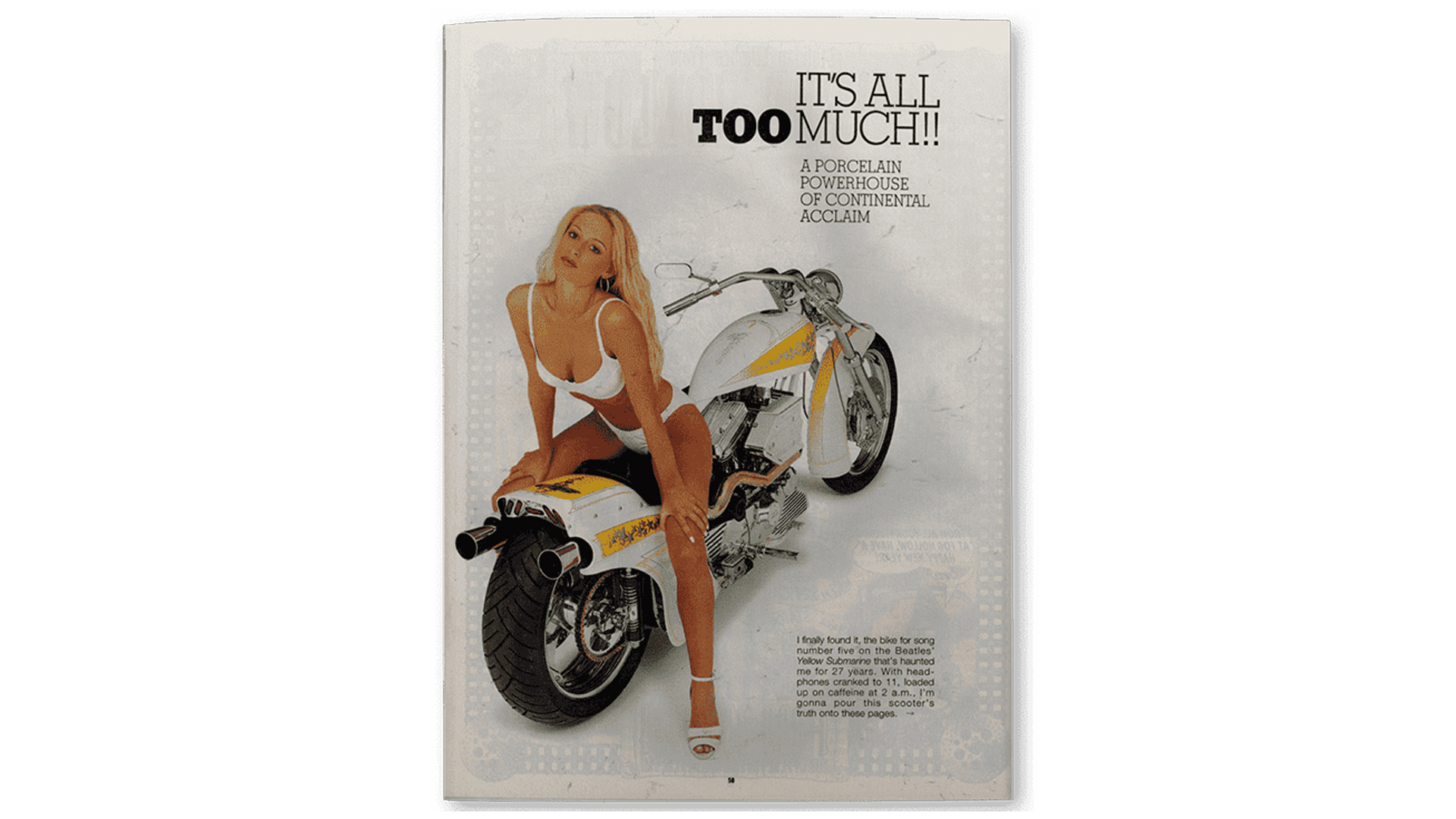 At first, McCann didn’t want to touch the 88 hours of prep work flawlessly handled by Kirk Jennings. Blackmail, too many beers, and credible threats of Guillotine finally won the day. He fathomed out the bright, tint-free titanium white mixing paint, the CADD-CAM-free, X-acto-knife-cut, hand-masked, airbrushed and pinstriped stars, the eight hours alone to final 1,000-grit sand the entire bike is how you make metal look better than porcelain. And this is how Jeff McCann used to rule the waves in California and beyond. Although he’s no longer with us, his legacy undoubtedly lives on in these glorious bikes. 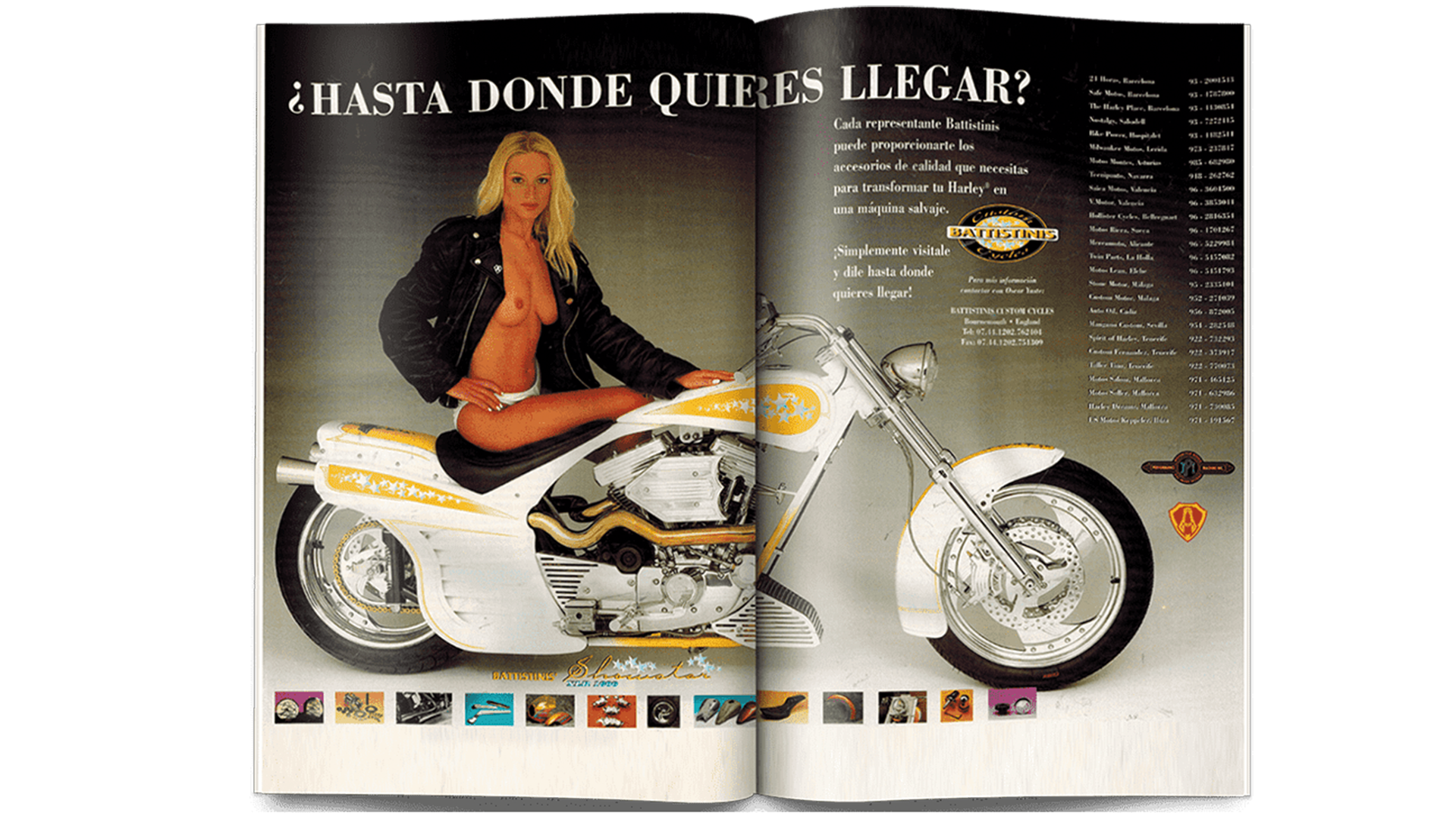 The Showstar in all its glory went on to proudly grace the front page of Easy Riders in 1996.