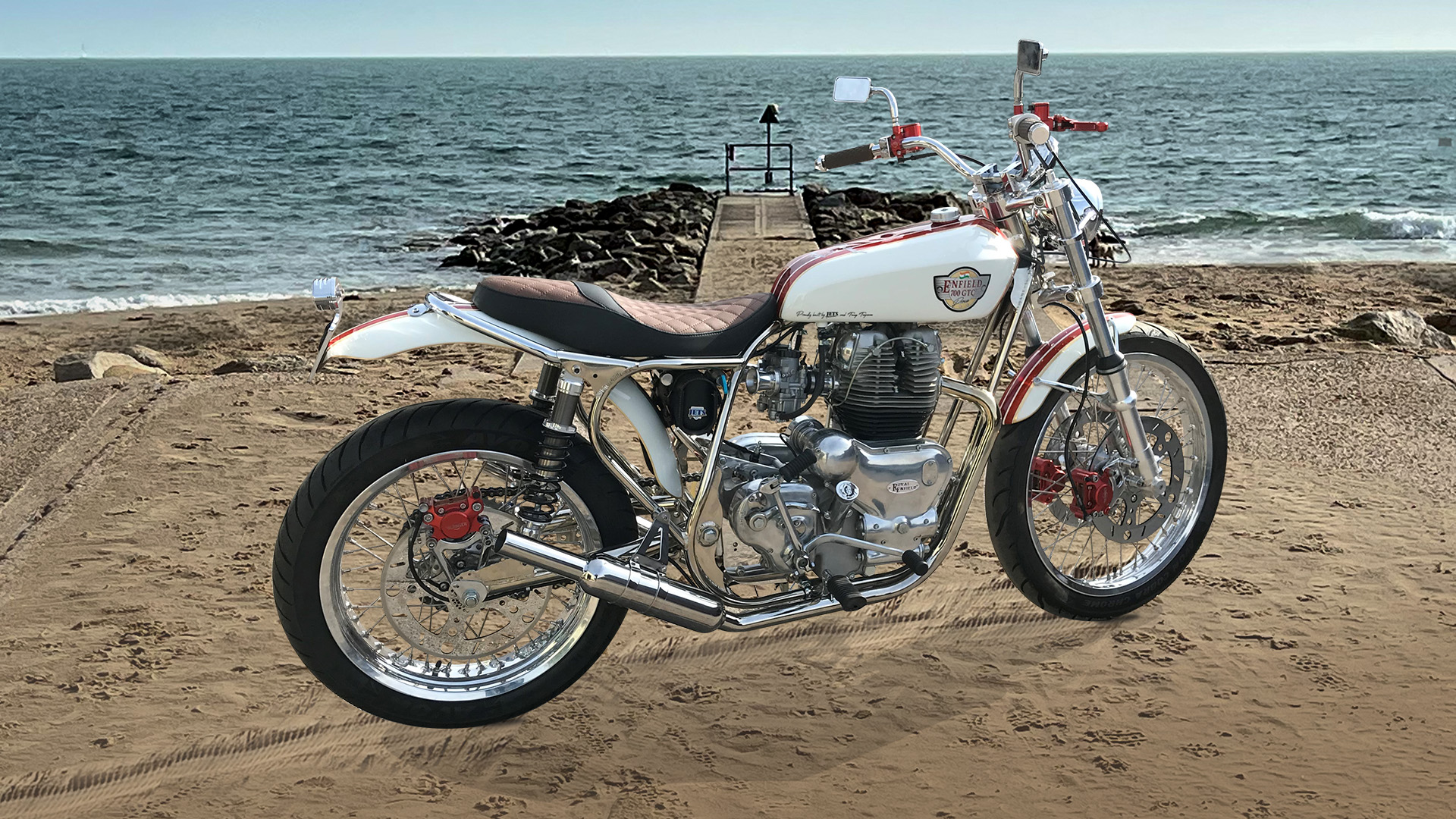 In the Halcyon Days when British Twins were still Ruling the Waves in SoCal Sands (so to speak) the Enfield 700 and 750cc twins were generally regarded as the most business looking motors of that generation. Whilst they might not have possessed the gunpowder blast offered by BSA, Norton and Triumph US Specials, they had greater reliability whilst showing comparable 50 BHP. 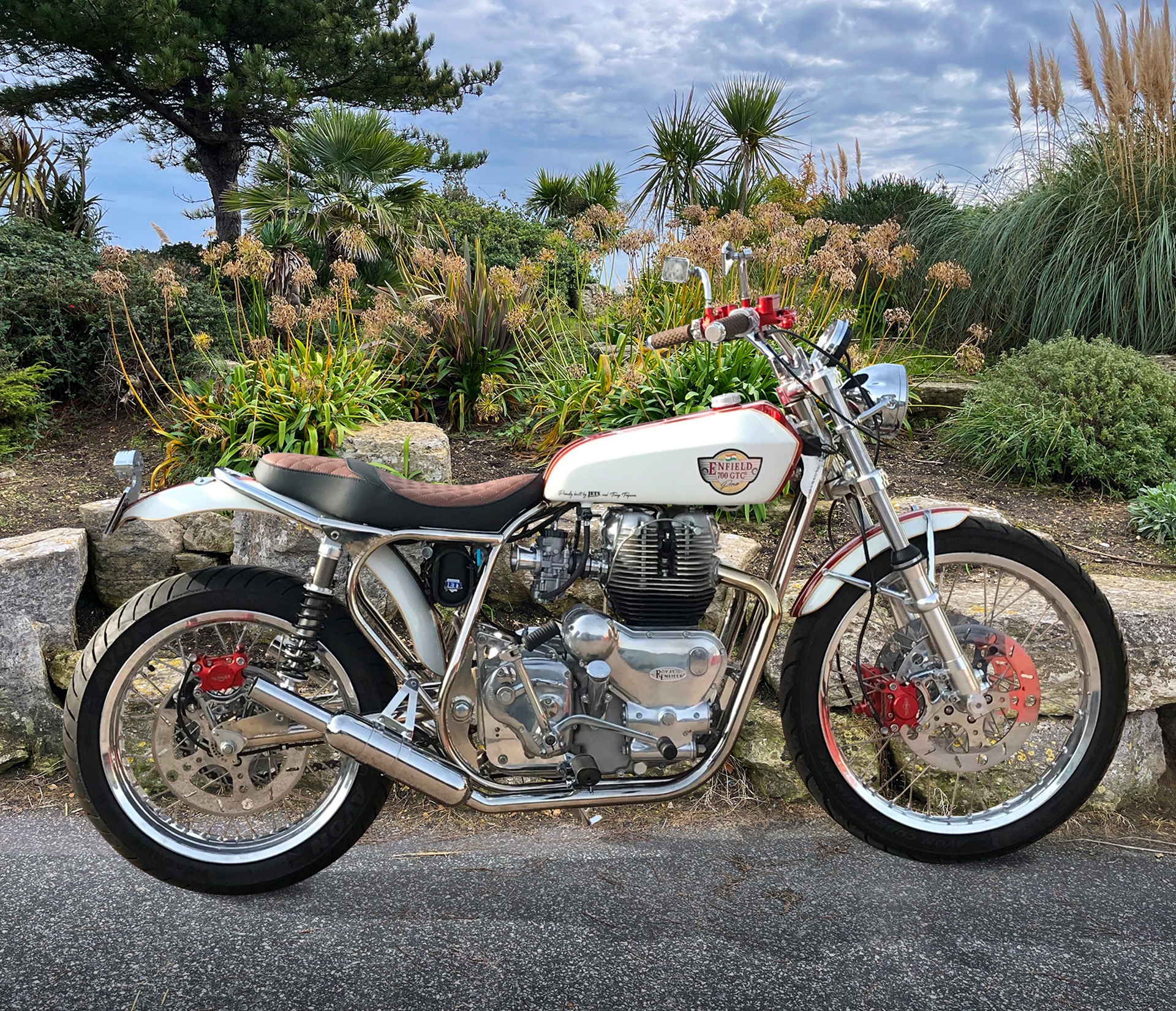 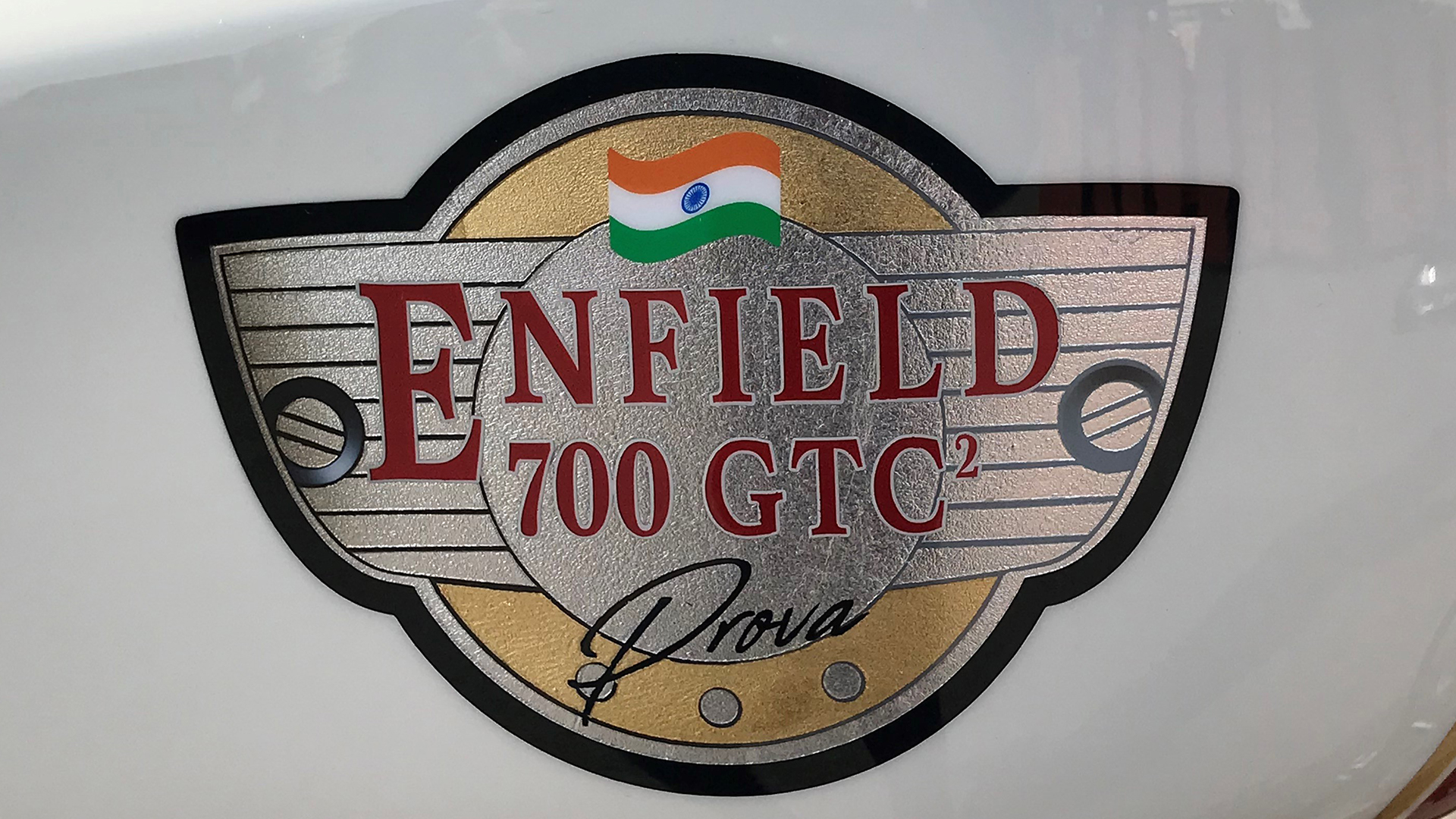 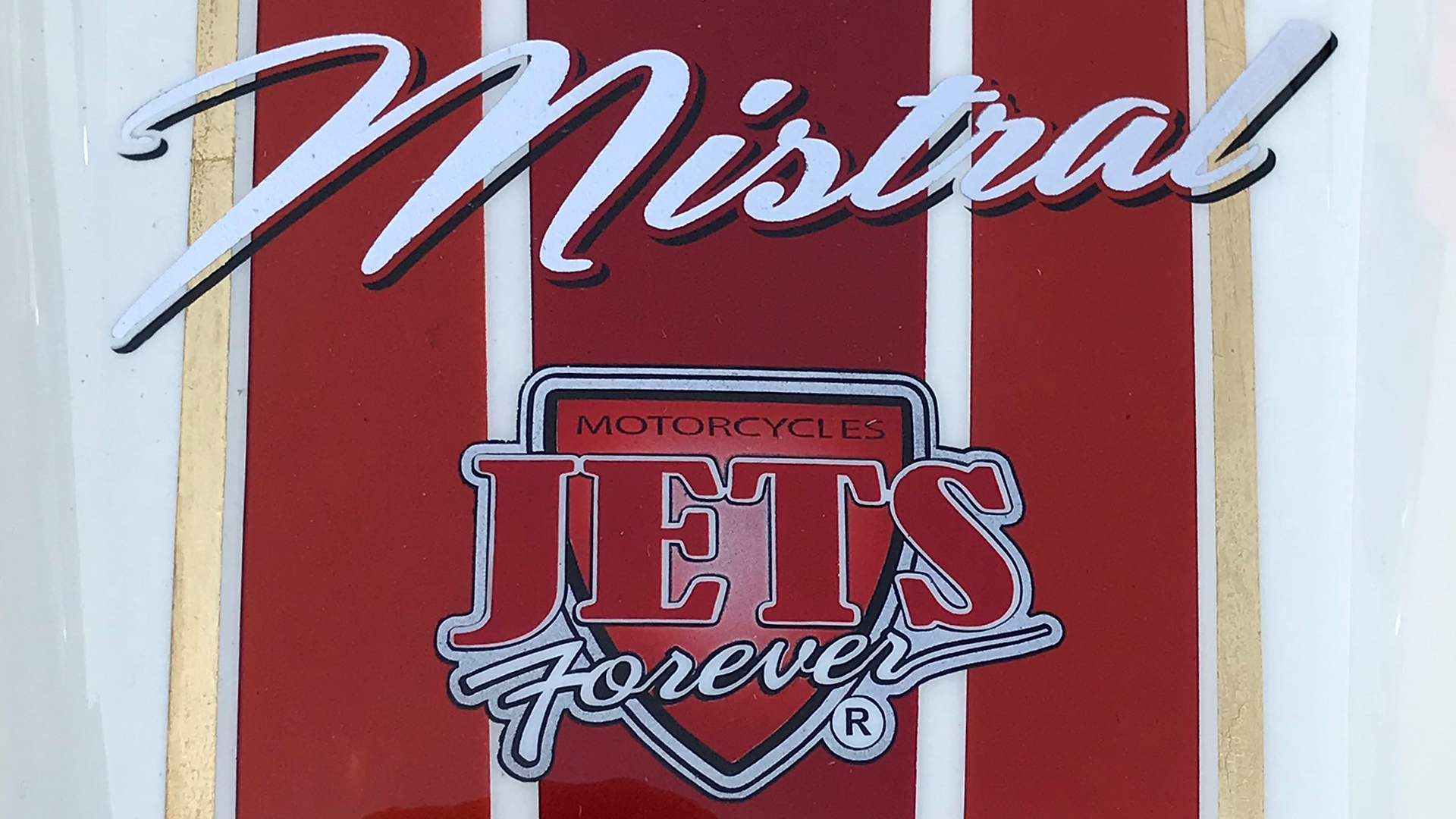 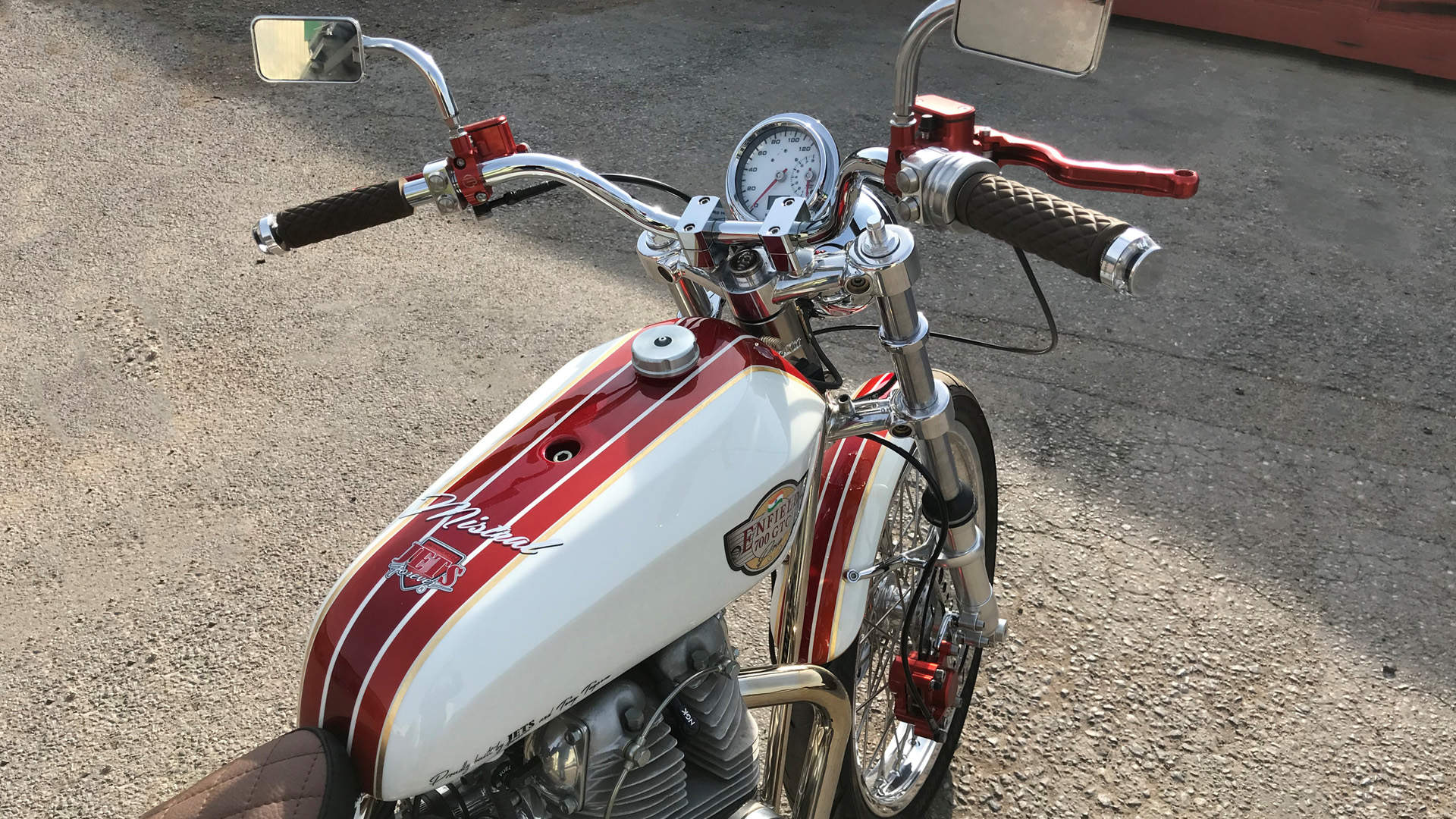 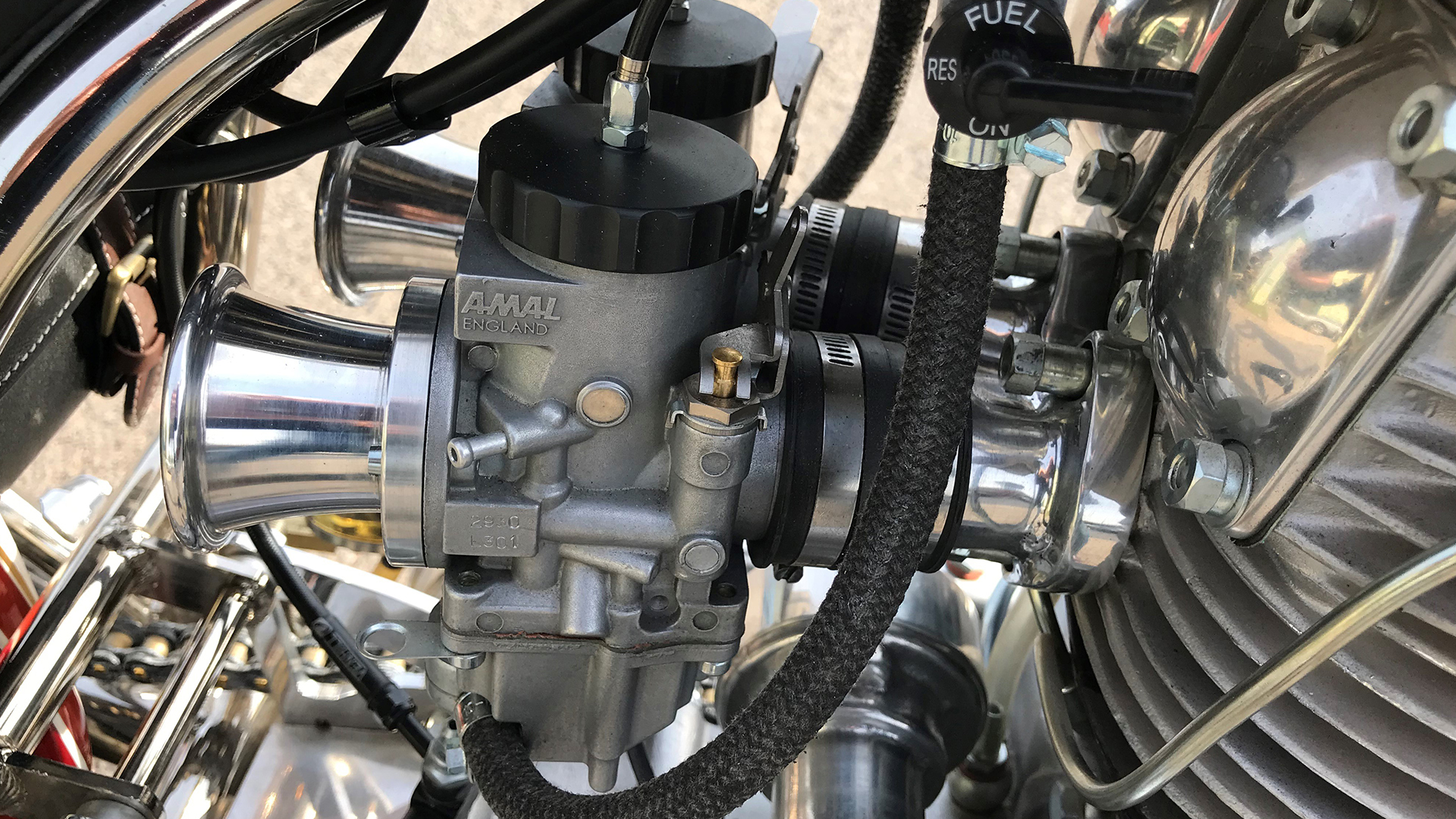 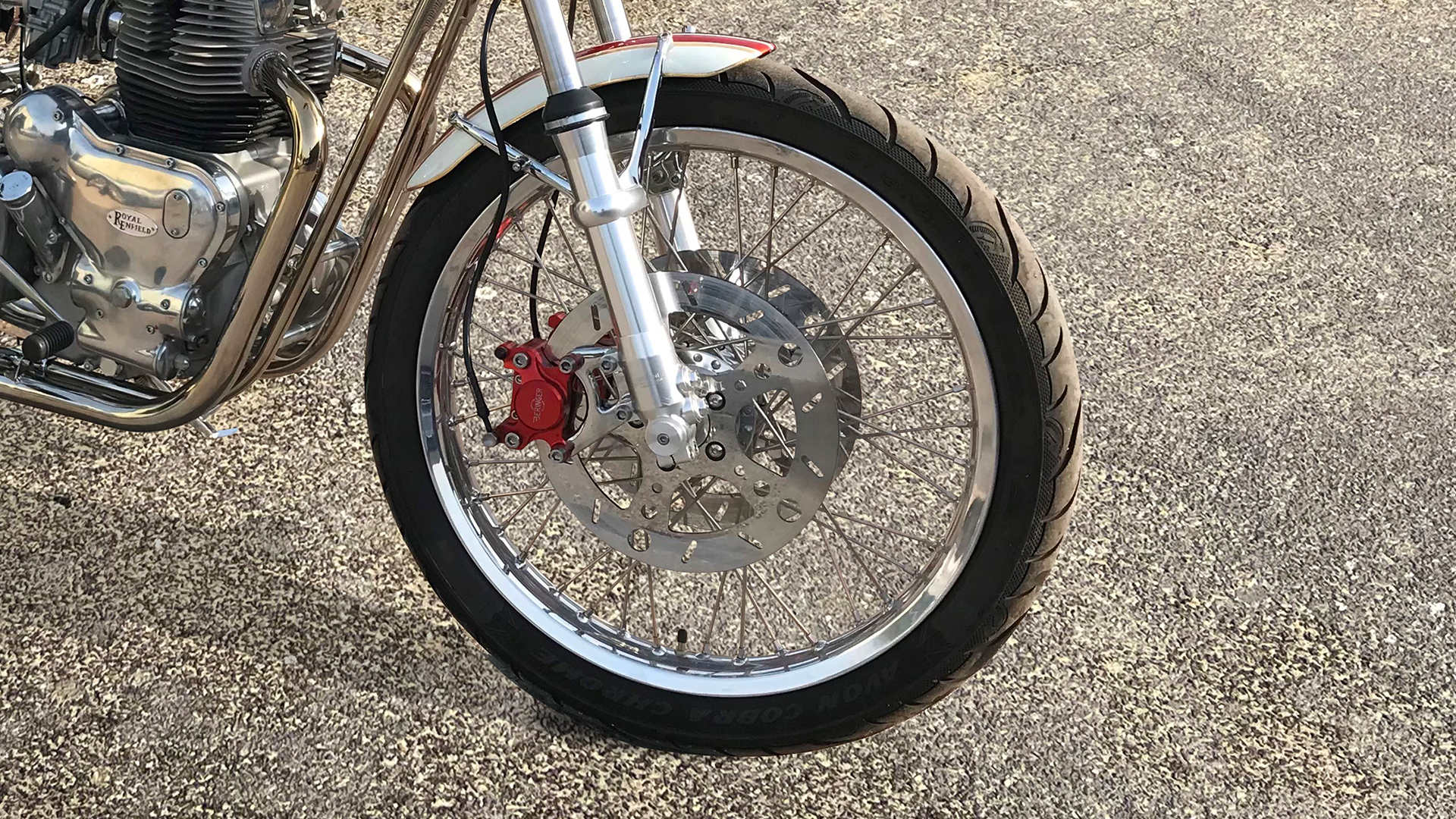 To celebrate such Happy Days, JETS are building what such a SoCal Sled might (or should…) have looked like! To start with Jeff purchased a Super Meteor 700 imported from Canada by Enfield Supremos Hitchcocks Motorcycles of Solihull in the Heart of England. Jeff went on to entrust the entire rebuild and upgrade of the motor to another Enfield guru, Andy Berry of Preston in NW England. 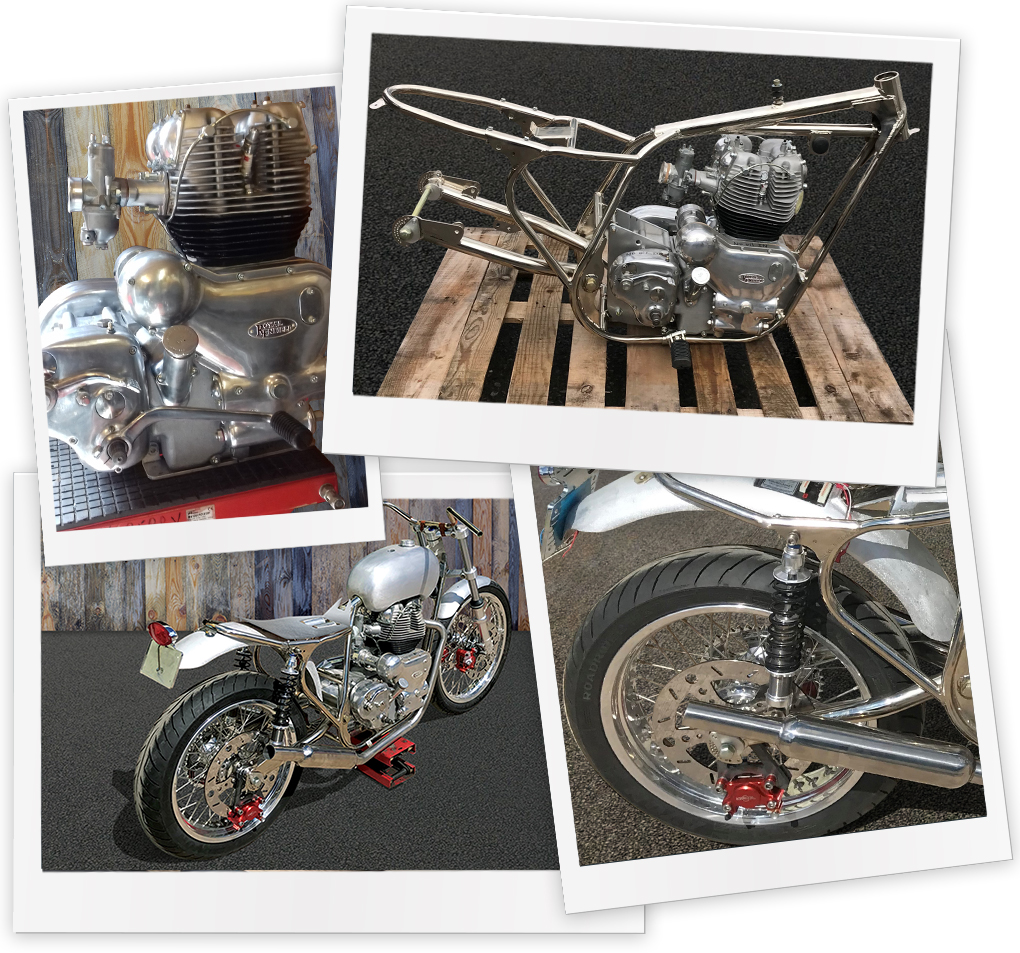 Moving on, and in keeping with the avowed policy to only ever use the best craftsmen in the industry, over an initial visit to WASP M/C guvnor Mark, agreed not only to adapt one of his famous BSA A10 frames to the Enfield motor but also to custom build it with 7/8th chromoly tube for that Californian allure. 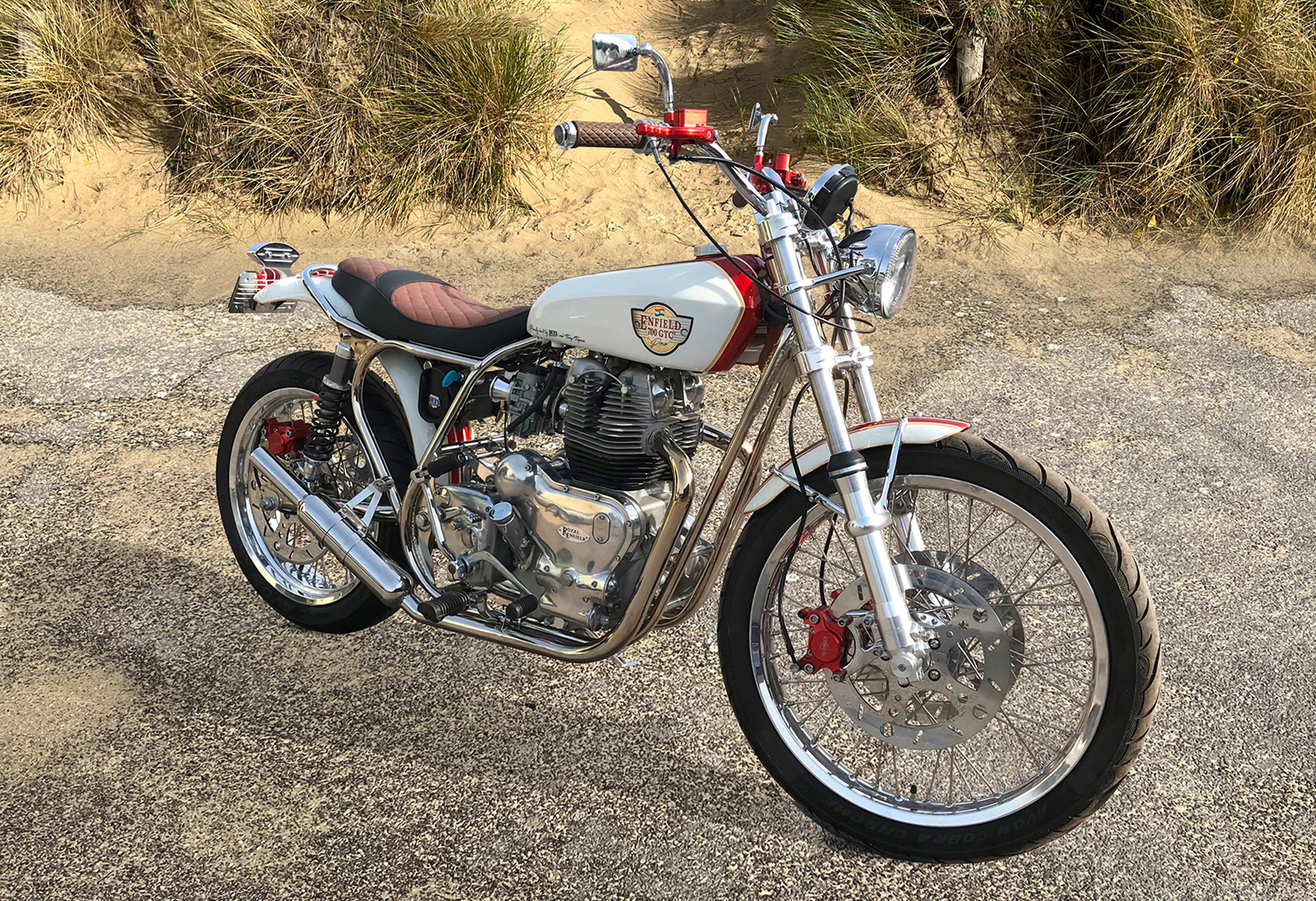 The scoot as depicted here went to famed Tony Taysom’s workshop for a complete build crafted to contour the complex but so so smart and iconic Enfield motor.

Next chapter of this ongoing Royal adventure by the winter of 2022/23!

Original Enfield 700cc Super Meteor rebuilt from scratch by Guru Andy Berry with many mods for performance and reliability.

Re-carbureted with twin Amal MkII Concentrics mated to a performance cylinder head. ALL parts supplied by the legendary Allan Hitchcocks.

Perfect for rides around the bars and cafes of the San Diego Bay…
Before pretending to race at their famous Del Mar park!