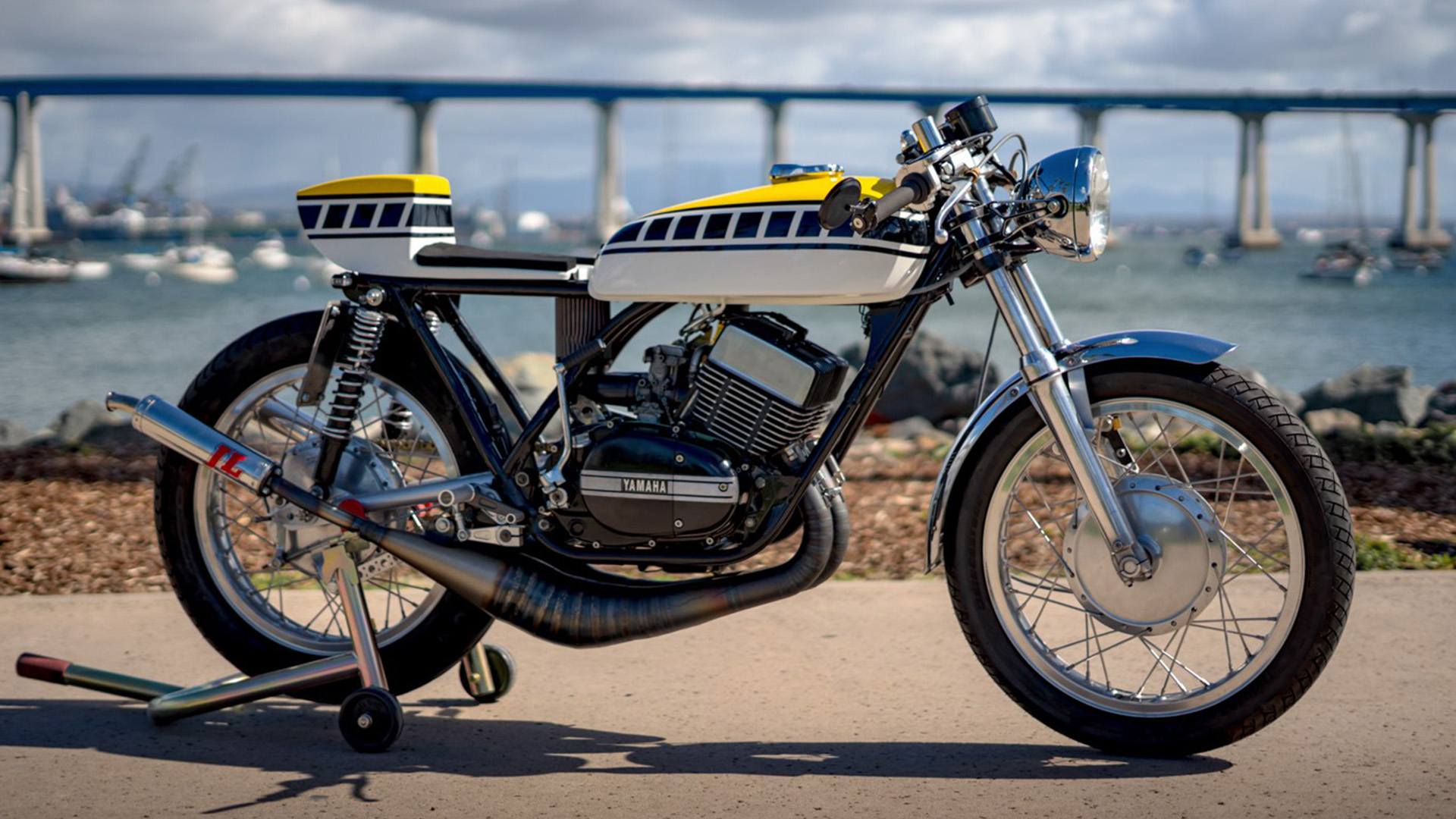 The start of a long lineage of legends like the RD350, Yamaha’s R5 punched far above its weight class – it was one of the best bangs for your buck in the 1970s.

While Honda had moved towards four strokes, Yamaha was soldiering ahead with making oil burners faster. The R5’s 350cc piston-ported motor pushed 36 hp through a 5-speed transmission, enough to reach a top speed north of 90 miles per hour.

But a description of a stock R5 is going to be insufficient today, as this example will be highly modified by JETS Worksop Supremo Tony Taysom: With the exception of the frame powder coating and cylinder boring, Tony will do most of the work himself prompted and aided by JETS head designer Jeff Duval. 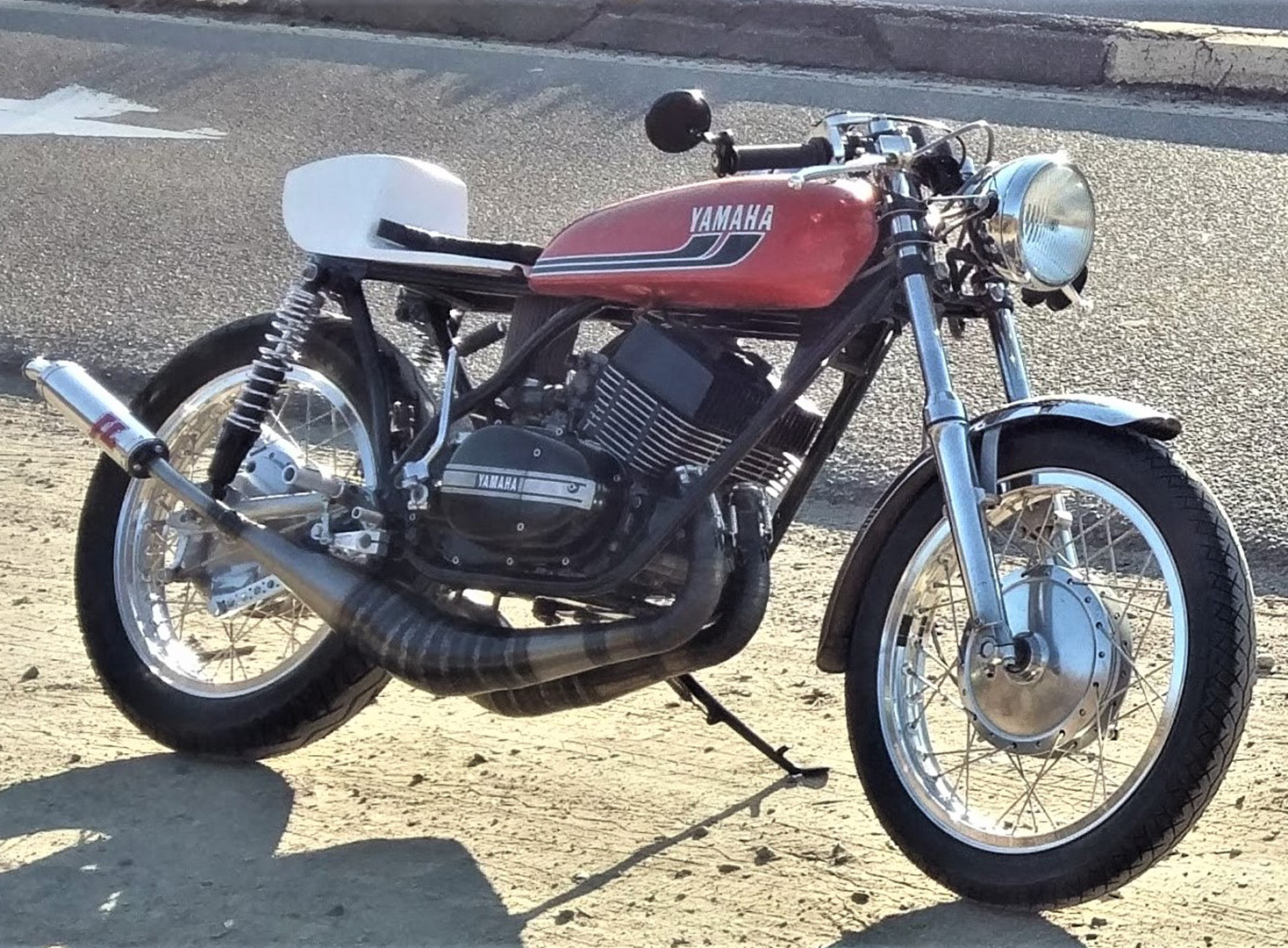 The bike will be stripped down to the frame, then de-tabbed and powder coated gloss black. Motor will be rebuilt with new seals, gaskets, and a fresh bore. There’s also a new crank, Amal MkII Concentric carbs, RZ350 pistons, Boysen reeds, 2-1 expansion chambers from Japan , Powerdynamo CDI, and all new wiring. There is no battery. The engine and cases painted gloss black, and the oil injection pump removed so you have to put premix in the tank. 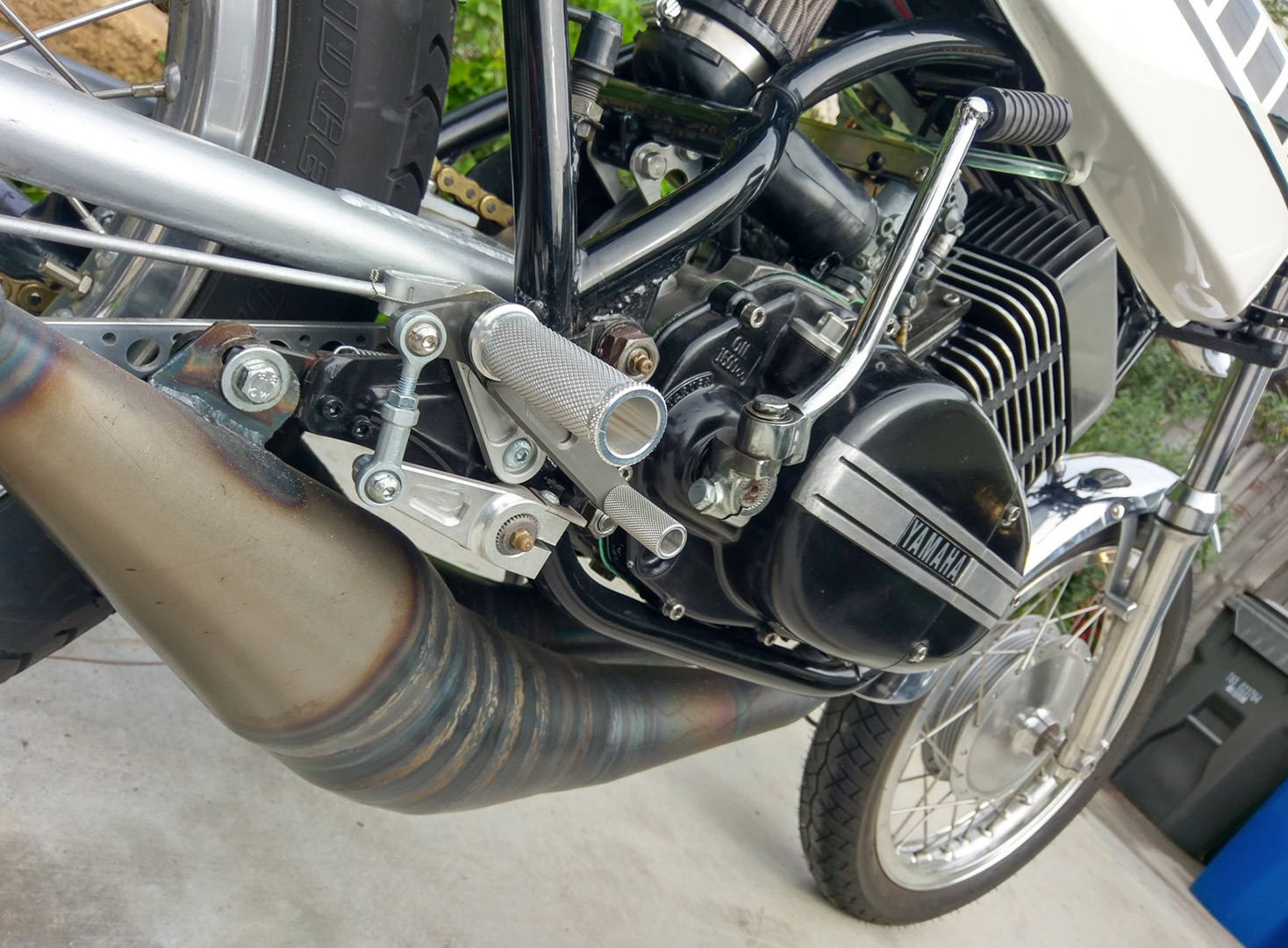 Lead axle forks from another YAM dirt scoot will be rebuilt with new seals and fluids, then polished or chromed. There are new All Balls Racing tapered steering head bearings, and in the rear there’s a new CR Suspension shox and swing arm bushings. Per Jeff’s loyalty allegiance to key vendors, the bike will sport a complete Beringer Racing kit; three (custom) discs, calipers hand controls et al… 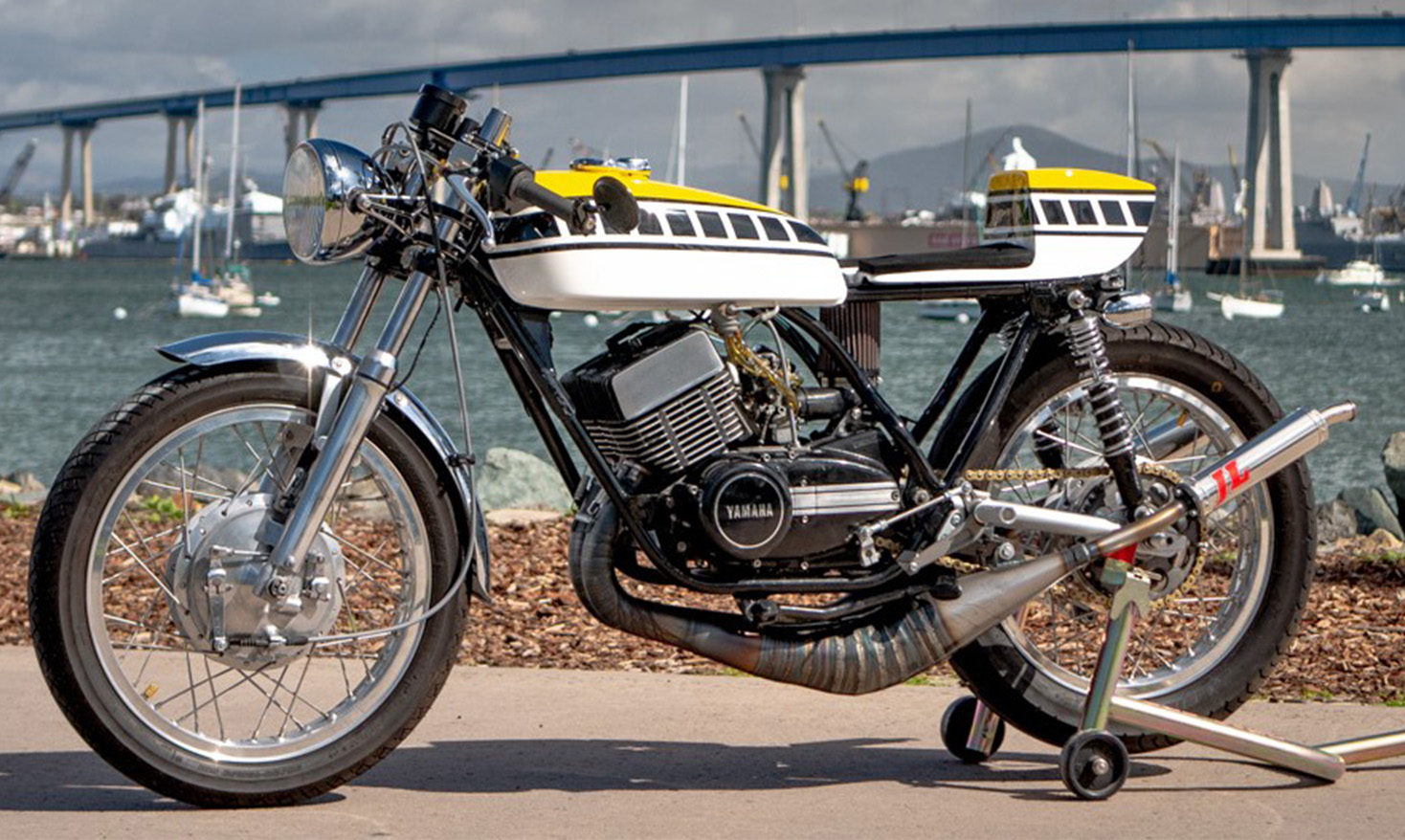 Back to its recent previous history… “It was built to be ridden and as such it has been ridden and shows some signs of wear and has other little imperfections.” These will be extensively reworked and improved in the current rebuild process. In brief, the mods the scoot will incur will be akin to open heart surgery!… Best therefore to wait for the result; one never knows!!!